In a new take on defense, Bronx community leaders and city police are double teaming against the borough’s recent spike in murders with a new basketball program.

The unofficial motto, proposed by the president of Bronx, says it all: “Shoot hoops, not youth.”

At the start of June, nine people were killed over the course of the week, as compared to the one homicide from the same time in 2013. On July 11, the new program will host a tournament at the Gun Hill Houses, inviting men from all parts of town to skip the rumble for some good, clean ball.

Though West Side Story‘s prologue teaches us that basketball alone isn’t enough to thwart gang violence, some say the effort shows promise.

Donovon, a young man from the Bronx, told NY1: “If people, if they are actually concerned and don’t just throw money at it and actually come in here and actually try to organize something, I do feel like it will make a big difference—if they really are genuinely concerned about the well being of the neighborhood.”

Let’s hope the initiative is a slam dunk. 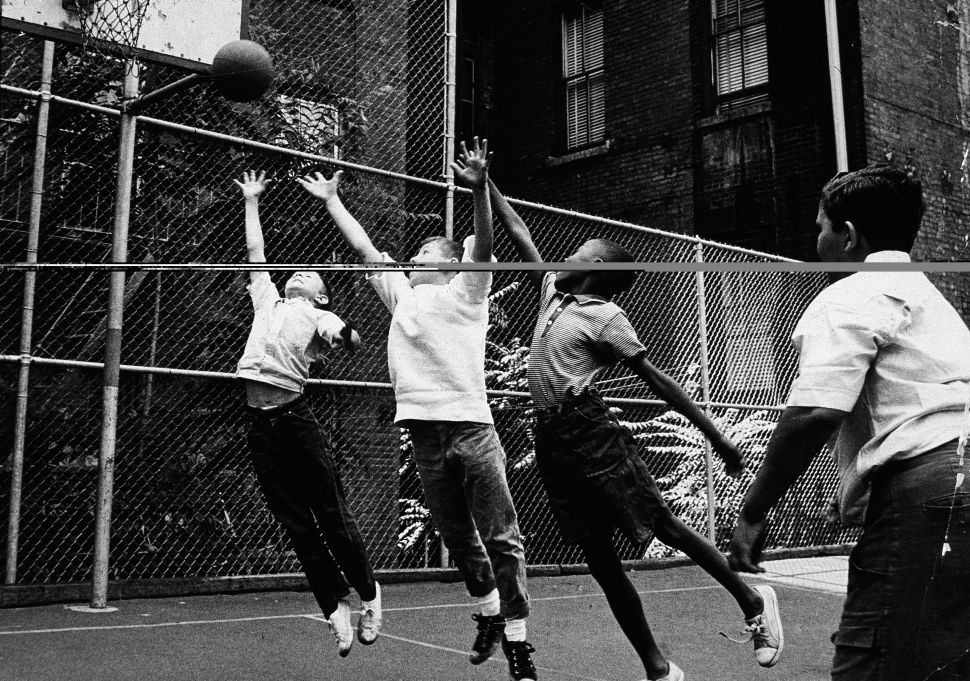