TRENTON – Fidgety members of the Democratic caucus fret that a deal between Gov. Chris Christie and Senate President Steve Sweeney (D-3) has already been cut, which explains the lack of dramatic intensity in a public game of chicken, sources say.

But the worry doesn’t really run too deep.

“They always play this game, it’s so hilarious,” said a source.

At least one member of the Democratic caucus in the lower house expressed dismay over the absence of Democratic leadership carrying a sustained critical message to Christie, who is committed to striking down the Democrats’ proposed tax hike.

For his part, Budget Chairman Paul Sarlo (D-36) told PolitickerNJ that Democrats are prepared to absorb the Republican governor’s play.

But in the process, “I think Dems need to be careful not to over play their hand on tax increases,” said the party source, speaking on condition of anonymity.

“They need to attack back that Christie plan is borrow and spend … Borrowing from the pension fund that could end up bankrupting the state in order to protect millionaires and billionaires,” the source added. “Right now I’m afraid Democrats sound like tax and spend liberals who are doing whatever the unions want.”

That’s by design, concurs one member of the lower house, who argues that Sweeney wants to appear precisely as such in order to be able to stay to the left of Jersey City Mayor Steve Fulop in the event of a Democratic Primary for governor.

Statewide sources all week long have continued to speculate on the difficulty Christie will have positioning himself for his own higher run for office if he comes back for another budget cycle, hastening the likelihood of a pre-scheduled 2017 showdown for his successor.

“It’s all about Sweeney trying to nullify Fulop,” said a source close to the Democratic caucus.

Sweeney, for the record, has said his position on the budget has nothing to do with politics.

Notwithstanding the source’s worry about the perception of Democrats as taxers and spenders on the eve of 2015 legislative races, the districts are mostly gerrymandered anyway, and if those incumbents in the state’s few battleground districts find themselves confronted by a tough fight, they can always turn to the super PACs generated by Sweeney’s South Jersey political pals, sources say.

The worry that Sweeney creates in a few caucus members with the millionaires’ tax can also easily fade with the suffocation of any GOP challengers by a super PAC, replaced by gratitude for an emergent progressive gubernatorial contender and his powerful party allies.

A Statehouse source shot down the notion that there is a deal in place, calling the very idea ridiculous, arguing that no one would be hanging around until midnight tonight if such a deal existed.

“Nonsensical,” the source said. “Not true.”

The source argued the bottom line is Sweeney presented a balanced budget, and a plan that fully funds the pension.  The budget funds nursing homes, family planning, increasing funding for Educational Opportunity Fund, domestic violence services, mental health program for children – all items that are not in the Governor’s budget.

Another source close to the negotiations said that while he has his doubts about the political upside, the Democratic proposal is the only one that makes a serious attempt to meet the needs of the state.

“To forget the causal – which is that the economy hasn’t grown and the state hasn’t met projections, that what we’ve been doing has simply not worked – this is all addressed in the Democratic budget,” said the source, who praised Sweeney and Prieto for a serious budget undertaking.

Another statehouse source strenuously denounced the critic, also arguing that this is a good budget and Sweeney right to fight for it. 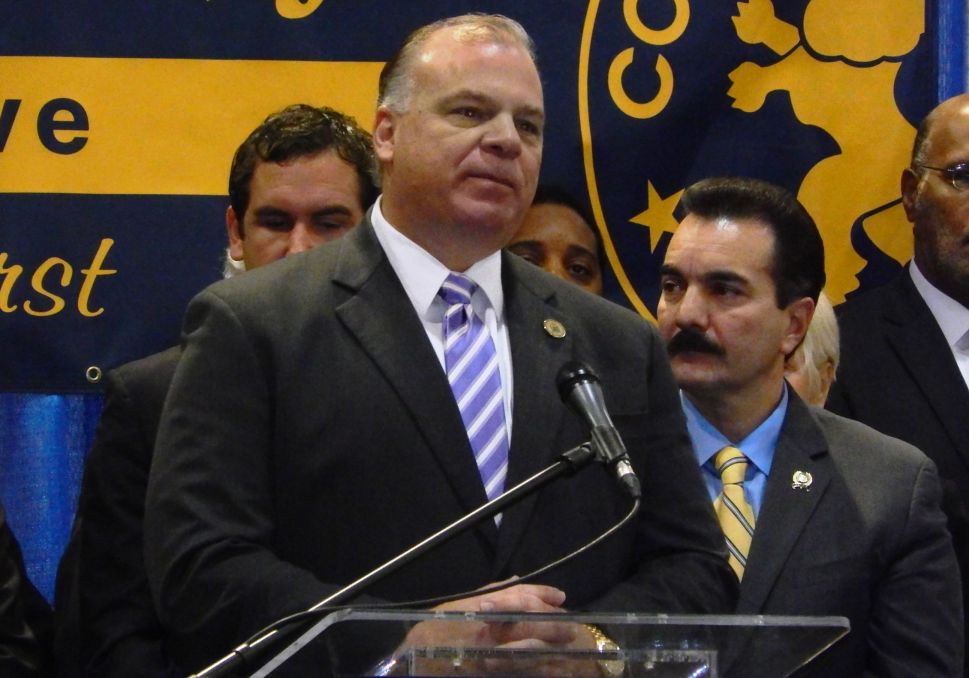