In honor of the news about Maria Bello in Lifetime’s adaptation of Big Driver, here are Stephen King’s miniseries ranked from worst to … less worse.

The Shining (1997 version): Oh God, the humanity. I remember staying up to watch this with my mom when it came out, because my parents didn’t really understand the idea of “age-appropriate television,” but luckily the most terrifying thing about this crap-fest was Steven Weber’s acting. No, I take it back. The scariest part was this is what King decided was the better version, the one that was more true to his vision than the famed Kubrick film. Sure, Kubrick took liberties, but … come on. Topiaries just aren’t that scary.

Salem’s Lot (remake): This hurts to watch, because you can see King thinking, “Well, the original would have been so much better if we had the right special effects and Rob Lowe.” But it wasn’t better. Nope.

Desperation and Bag of Bones: both written in that period before King got good again, so the fact that they’re terrible miniseries isn’t as much of a let-down as, say, The Shining remake or the inevitable Joyland adaptation for FX (starring Rob Lowe as the ferris wheel). But you’ve got to love NYP’s Linda Stasi’s review of BoB, taken out-of-context but completely perfect anyway: “By the second night, you might be praying that the moose head really does come to life and kill everyone.”

The Tommyknockers: Well, aliens were never his strong suit.

Sometimes They Come Back: Apparently it wasn’t painfully bad. Like the main character in the short story on which it was based, we’re just trying to forget it ever happened.

Storm of the Century: Deals with specific King-like themes such as “small town isolated from the rest of the world,” “Maine paranoia,” and “shitty neighbors making deals with the devil.” (You know, like Needful Things, or Tommyknockers, without the aliens?) It was long, which is another King trope.

Nightmares & Dreamscapes: Gets extra points for cutting up the narrative by having different directors’ take on individual King short stories. Probably the best thing to say about it is that no one remembers it. (Bonus: MORE WEBER!)

Rose Red: Believed to be the worst of the King miniseries. Hard to argue with, but at least it didn’t ruin something beautiful, since it was an original script.

The Langoliers: 10 points for being my gateway into King books. Minus 100 points for making Balkie the bad guy.

Under the Dome: This had potential, when it was still being considered a miniseries. Now, about to start its second season, it’s like one of King’s monsters: it has grown from a harmless gag to a traumatizing nightmare of Dean Norris and goy Andy Samberg fights.

Salem’s Lot (original): I feel like people liked this one, but I’m not even a fan of the story. It’s really early King, where, despite what he tells you in On Writing, adverbs comprise about one-third of the story.

IT: We all float down here! This might be the scariest Steven King-approved movie of all time. Single-handedly gave us all our fears of clowns. It was still two hours too long. 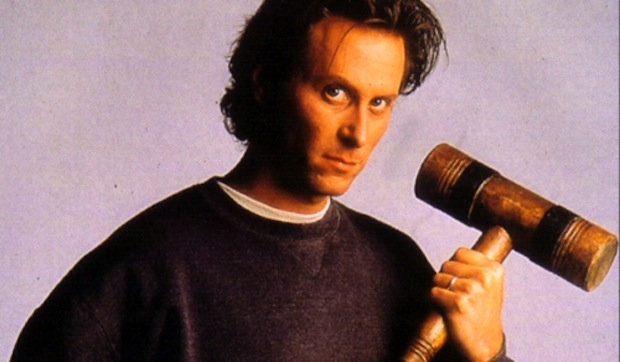