With all respect to the man, can I get something out of the way? Just an undeniable fact? Steve Buscemi is a weird looking dude. (Just don’t tell that to actor Kevin Corrigan, who once called me “uncharitable” for pointing that out).

With that being said, it’s only natural that the Internet puts his weird looking mug on other things because it’s the Internet. Case in point, Disney Characters with Buscemi eyes. Mr. Buscemi himself, in an appearance on Late Night With Seth Meyers, discussed said Buscemi-fied Disney Characters. Ultimately, he said “I did not think this was funny at all.”

Oh, Mr. Buscemi. you have no idea. He may not understand the internet, but I sure do. Forget the Disney characters, do you think Mr. Buscemi knows about this? Or this? What about this? You’ve only reached the tip of the weird-looking iceberg, Mr. Buscemi. Come down the rabbit hole with me. 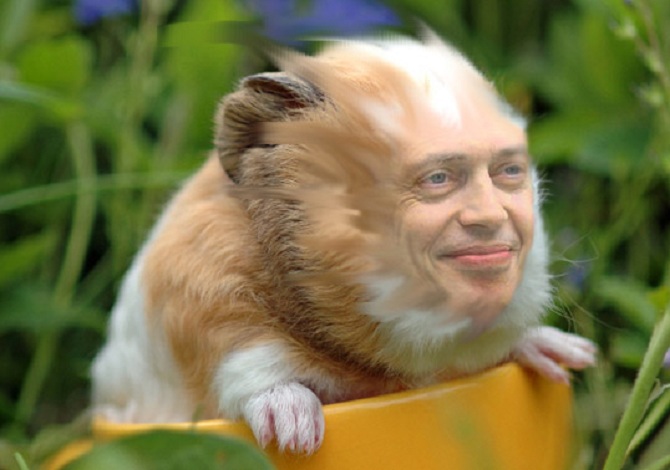