In her 2009 book on Brooke Astor, Mrs. Astor Regrets, NYU professor and New York and Vanity Fair contributor Meryl Gordon chronicled the sad and tawdry unraveling of one of the city’s most storied families. And when Huguette Clark—heiress to the copper mining fortune of her father, the robber baron Senator William Andrews Clark—died at 104 in 2011, leaving behind a fiercely-contested will, Ms. Gordon was asked by her publisher to train her Social Register expertise on Ms. Clark’s largely-mysterious life. The result, The Phantom of Fifth Avenue, offers an alluring, enigmatic portrait of a woman who shunned virtually all face-to-to face interaction during her last decades, the final two of which she elected to spend—despite good health—in a hospital bed, as her palatial residences on Fifth Avenue, and in Connecticut and California sat dormant. The Observer met recently with Ms. Gordon in the Upper West Side apartment she shares with her husband, the journalist Walter Shapiro, where she discussed the riddle of Huguette Clark and the thrill of writing about a city full of fabulously wealthy ghosts. Phantom is out in hardback from Grand Central publishing.

The Phantom of Fifth Avenue is your second book about New York high society. Is this an area in which you’ve always been interested?

I’m from an upper middle class Jewish family in Rochester, New York. My mother was a social worker and my father was an accountant. But when I first moved to New York, I became fascinated by reading people like Liz Smith, who still does a column, and Cindy Adams. There were gossip columns in every major newspaper. I remember at one point looking at the paper and realizing that I knew more about what these women were doing every day—where they were shopping and their clothes—than I did about my own friends. That world has always interested me because it’s a closed-off society.

Did you find any overlap between Ms. Astor and Ms. Clark?

Well, they both married Princeton men of about the same era. And I found a couple of overlaps where I think Huguette was on boats with Vincent Astor. And I’ve wondered if they overlapped during different moments of their lives. But Brooke Astor was an incredibly public person who went out virtually every single night in New York and wanted to know everyone. Huguette led the world’s most private and quiet life. She really did not want to be in the headlines. She did everything possible to withdraw from the world.

Were you surprised in either study by the way your protagonist responded to their proximity to a great fortune?

Brooke Astor really wanted to use her money in ways that would benefit the city. And she had her husband’s foundation to run. But she really threw herself into philanthropy. She really gave money away—to the New York Public Library and to the Metropolitan Museum. Whereas what made me a little bit sad with Huguette was that she had all that money and she wasn’t very philanthropic at all. That money was just sitting for all those years. And she could have done a lot of good with it if she had chosen. Huguette was tremendously generous toward the people around her individually. She was the sort of person who would, if she saw a hard luck story on the news, want to send money. But it was always anonymous. She didn’t want recognition.

So the ways they expressed generosity to some extent marked their personality differences.

Brooke wanted to be famous. She had been in the shadow of her husbands and she really wanted to have her own life and be appreciated for who she was. The philanthropy was a wonderful way for her to do something very positive for New York, but also to have people come to her, want to see her. It made her a power player in the city. Huguette—and again, Brooke Astor married money, which is very different than inheriting money—what got to me about Huguette was that she didn’t ask for this. She was one of the most famous people in America from birth.  Everything Huguette did from a very young age was sprawled out in the papers. And if there’s nothing you’re trying to sell or promote, losing that freedom, being constantly in the public eye for nothing you’ve done—that left her feeling very much like she wanted to be anonymous.

You recount how Beth Israel—the hospital where Huguette spent her last years—and individual members of its staff, succeeded in extracting many millions of dollars from their patient. It was hard to tell, though, whether you thought she was being manipulated.

On the one hand, the hospital took good care of her. She lasted until she was 104 years old. There were never any complaints about her care. At the same time, the level of greed was really upsetting. And then there was the fact that she clearly had some emotional issues. The hospital failed to address those emotional or mental issues. There’s an ongoing lawsuit against Beth Israel and I’m curious to see what will happen with that.

Were you surprised by what you found out about the years that Huguette spent cut off from the outside world?

It was fascinating. She wouldn’t see people. She wouldn’t leave her house, but she was hungry for human company. She had all these craftsmen making dollhouses, creating these Japanese dolls. And she would spend hours on the phone with them every day. It was a way of being involved and engaged with the world. She would ask about their families and their children. She would send them gifts. On the other hand, she would also do what rich people sometimes do and she would call them day and night, whenever she was in the mood to call! And nobody was going to say, you know, on Sunday night at 11, that they weren’t in the mood for a call, because they were all dependent on her.

Did your feelings about Huguette change over the course of your reporting?

Completely. The early impressions right after she died—the obituaries and stories that ran made it sound like she wasn’t very bright, like she was peculiar in some way. And once I began to read her letters, they were lively and curious and questioning. I do think that she had emotional issues that came to the fore later in her life, but there was nothing in her earlier years that would have been a red flag. It sounds strange, but she was funny; she had a sense of humor. At first she was a cipher to me. And then I really came to like her and care about her. You have these moments when you’re someone’s biographer where you wish you could change the course of their life. And of course you can’t. Their life has been what their life has been.

Did you arrive ultimately at a theory about why Huguette Clark chose to disappear from the world?

You know, there are a lot of theories, and I honestly don’t know. Of course, I fantasized that I would find the “Rosebud” moment. And there are various turning points where she made the decision to have her life become smaller. But there wasn’t one big thing. What’s so interesting is that people that spent time with her, people that talked to her on the phone during her reclusive phase and people who spent time with her at the hospital said that she never seemed unhappy. Her life might have been incomprehensible to us, but she didn’t seem sad or blue. She got up in the morning and had things she was interested in. One thing I loved discovering was that during a period when everybody thought she was doing nothing, she was actually out and about in New York. She was out with [her longtime friend] Tade Styka. They were at the 1939 World’s Fair. They were dancing at the Starlight Room. They went to the Ziegfield Follies and I could figure out that she had seen Josephine Baker. I don’t know how she managed to stay away from the radar of the society columns [during that period], but she was out. She was having a wonderful time. 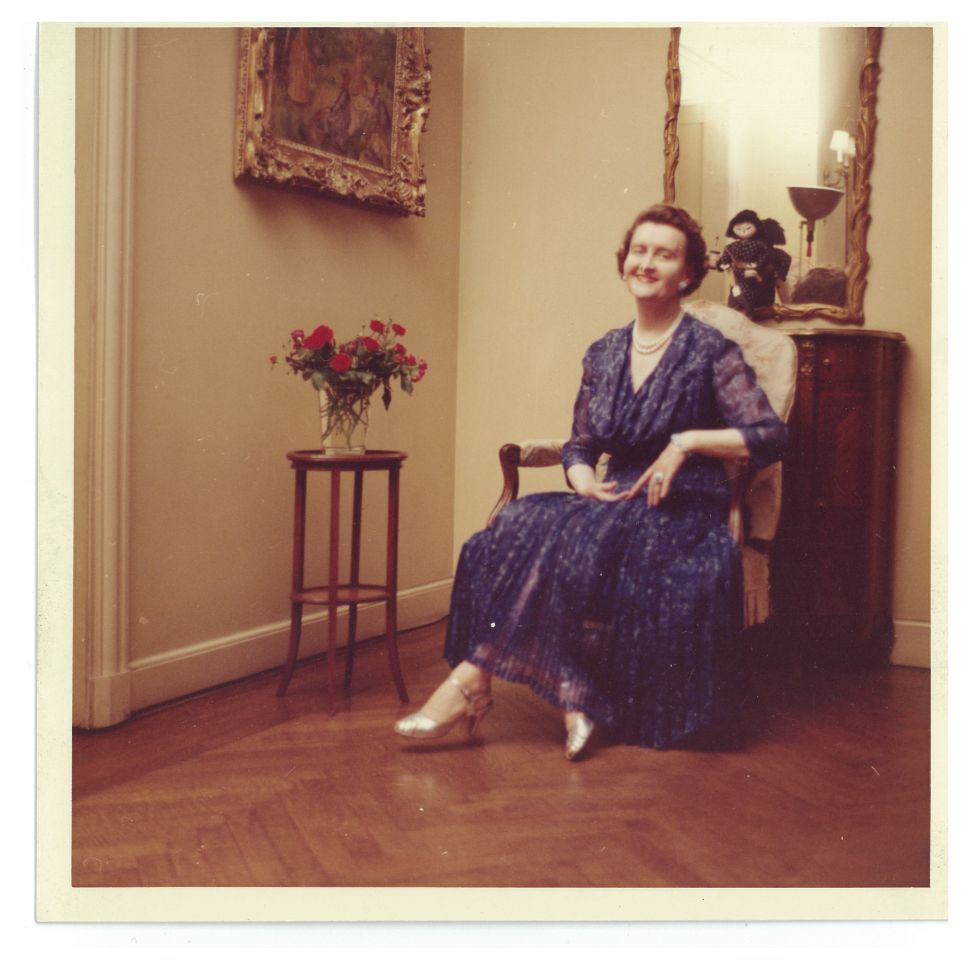