A judge in California ruled the other day that tenure rules constitute a violation of a student’s civil rights. We couldn’t have said it better—what’s more, our opinion doesn’t have the force of law. A judge’s does.

There were cries of outrage from the usual sources. The bosses who control teachers unions across the country complained that the judge’s ruling will change public education as we know it. No kidding. That’s why so many children and parents were cheering when they heard the good news.

The union boss in New York, Michael Mulgrew, is well known for his fierce opposition to anything that challenges the status quo. As the advocate for all teachers—including those who are incompetent and worse—Mr. Mulgrew might well have been Exhibit A in the case against tenure had the case been tried in New York rather than California. The victims of this narrow approach are not just public-school children. They are also the many great teachers who work hard every day to educate our children. When the Mike Mulgrews of the world argue against firing bad teachers, they hurt the prospects—and the reputations—of good teachers.

As luck would have it, Mr. Mulgrew was making headlines even as his minions were absorbing the bracing news from California. The boss has decided to join forces with political demagogues who have launched a troubling attack on the city’s selective public high schools, including Stuyvesant High in Manhattan. Their argument? In a nutshell, there are too many Asians and Jews in the selective high schools and not enough African-Americans and Latinos. Clearly, they conclude, the admissions test is racist and must be replaced.

Mr. Mulgrew’s critics, this page included, have long suspected that he finds the very notion of a merit system to be offensive. Now we have the evidence.

The city’s selective high schools reward hard work and talent. They ought to be encouraged; in fact, the city’s commitment to gifted and talented children ought to be enhanced rather than dismissed as some sort of scheme to withhold favors from people of color.

That proposition is more than patent nonsense. It is slander, pure and simple. It also presumes that children of color cannot compete, and it ought to be condemned by anyone with an interest in delivering quality education to the city’s public-school children.

But, of course, Michael Mulgrew has no such interest. His interest is in preserving his union’s power and maintaining the status quo in New York’s schools—to the detriment of New York’s million public-school students. 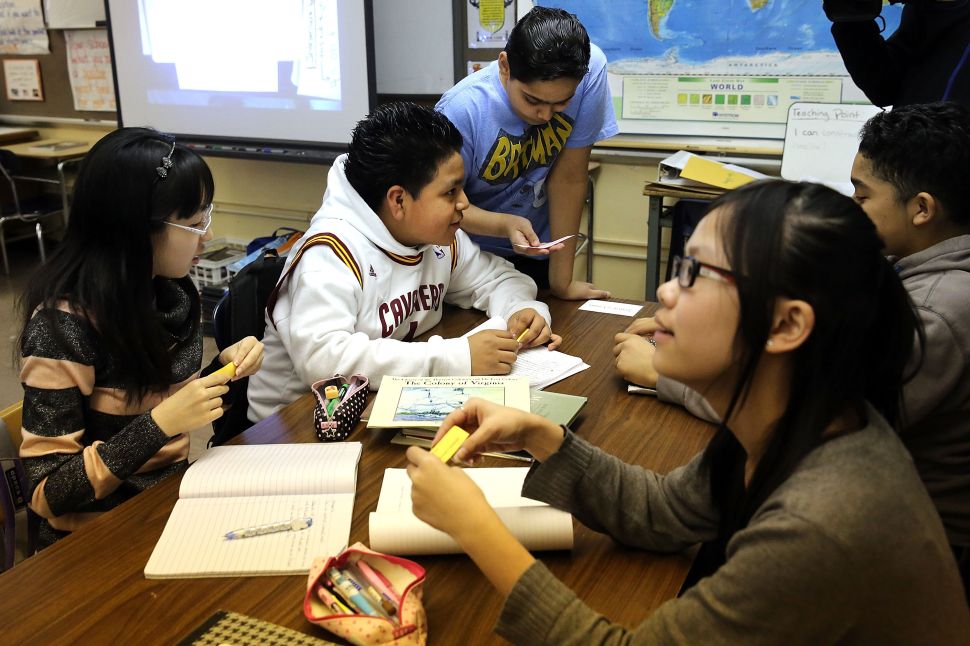