The King In Yellow by R.W. Chambers.

There’s a wrenching tale in today’s Washington Post about a man in Maryland descending into clinical insanity (or, I guess, assumed clinical insanity, although the evidence is pretty damning) while his friends and family stand by unable to do anything. They’re frustrated because Maryland’s strict involuntary institutionalization laws tie their hands, and this unnamed man, who we are told used to work on Capital Hill earning six figures, refuses to leave his house and isn’t a danger to himself or others.

Beautifully rendered in the present tense from the perspective of the man’s wife, mother and father, the story is a chilling portrait of the holes in our mental health system. And if you’re a fan of HBO’s True Detective, you had to be disturbed by the creepy similarities between the man in the story, who lives in a house with a yellow door, spray-painted his garage with a giant yellow X, and has a picture of Keira Knightley’s head cut out and fixed to a piece of yellow duct tape, and the Yellow King mythology from the show.

No, this man is not being accused of pedophilia, rape, murder or incest. But like Robert W. Chambers’ 1895 short story collection, The King in Yellow, from which True Detective took many of its themes, it is a portrait of the mad logic of the mentally ill.

Presented without comment, as not to be glib over this sad,serious story, here are a few examples from the Washington Post article that gave me goose-pimples:

-And although there are days when he wears bright yellow from head to toe, or all white including sandals he sprayed with white paint, he appears well-groomed and healthy, so he is unlikely to meet even the most lenient legal definition of dangerous.

-On day 730 of being alone in the house, he still tends his lawn. The few times he has opened the bright yellow door to get groceries or money from his worried mother, what she could see of the living room appeared clean, if bare — the family photos removed from the walls.

-“skyp sun,” he writes. He sends a yellow dot symbol.

-Then one day a package arrived, and he told her to take the kids outside, and she watched as he put on a biohazard mask and used long-armed tools to open the box, which contained a crank radio he ordered.

He built an eight-foot-high cross and nailed it to a tree in the front yard. He started wearing all yellow or all white. When they visited a relative who had a gun with five bullets mounted on a wall, he said the bullets were a sign that their family of five was going to be killed.

-On that day, Jennifer called the police, who tracked him to Atlanta, where he reportedly told them that he and his children were going to be killed and that a flock of birds had signaled for him to take the boys south.

-He notices a yellow “X” spray-painted on the garage door, or maybe it is the number 7. He stares at it.

“All my kids are born on the 7th; maybe it’s related to that,” he says.

-The washer and dryer are sprayed with a streak of yellow. The labels on two bottles of Sun soap are covered with yellow duct tape.

-There is their leather chair, turned over. There is their couch, all the cushions pulled off. By the fireplace is a crate of wires and circuit boards, a half-disassembled power washer, and the boys’ dissembled bunk beds. There is box of gray and brown bird feathers and a can of charcoal lighter. There is a big red bin, which she opens. It is full of family photos removed from walls and shelves. In a corner is a coffee table with more photos of the boys, and one of a little girl she picks up for a moment — “Who is this?” she says, studying it — and then puts down.

-She walks through the dining room, where a desk is sprayed with yellow and scattered with plant care instructions for fruit trees, onions, asparagus and grapes.

-On a counter are 20 pale orange pills half disintegrated on a greasy paper towel, and next to the pills are more photos of the boys, and one of the actress Keira Knightley carefully trimmed around the shape of her head with a piece of yellow duct tape on the back.

-She goes outside into the garage, where there are more boxes of wires, more scratched-off labels, more yellow duct tape and stacks of cardboard boxes she starts opening. She pulls out her college clothes, her old backpack now painted yellow.

-“He started DNA-swabbing the boys,” she says when they start asking.

-He can’t be involuntarily committed. The man in the house is now out of the house and somewhere else on his own. 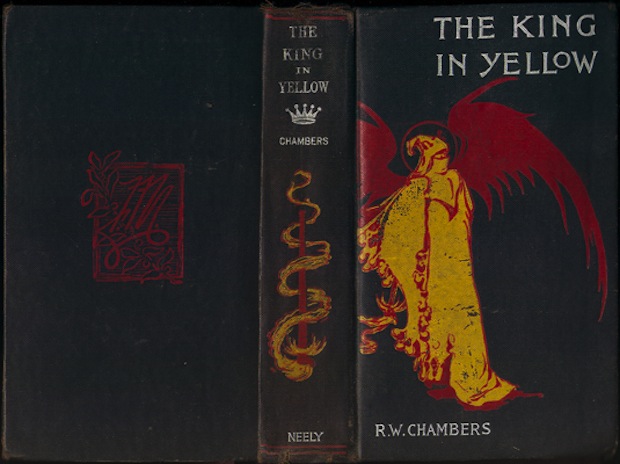