Fashion consultant and television personality Tim Gunn is telling Mayor de Blasio that he needs to make it work.

But the Project Runway mentor isn’t talking about hemlines this time. Mr. Gunn is the latest New Yorker beseeching the mayor to take action against the city’s horse carriages and their drivers, some of whom have been cited for instances of hate speech. On Sunday, the PETA and LGTBQ advocate sent the mayor and the City Council’s gay caucus a letter detailing just a few of these bias incidents which were recorded on video.

These clips include one from May 23 which captures a carriage driver calling a man a homophobic slur when he expressed concern about the horse that was tied to a light post amid the city’s traffic. During the 2012 Pride parade, another driver hurled racist and homophobic slurs at a lesbian couple.

“Bullies such as the drivers in these videos disregard not only the suffering of animals but also the basic rights of New Yorkers,” Mr. Gunn wrote.

Just this month, the animal rights organization held a press conference demanding an apology from a carriage driver who made a derogatory remark to a Latina woman.

The moment was caught on video five years ago.

In an official statement from the union, President George Miranda stated, “The Teamsters do not tolerate racist, sexist, or homophobic language from members. We also will not tolerate the continued harassment from protesters. Carriage drivers work in public and have been subject to a relentless barrage of harassment from protesters at their workplace. And despite these constant provocations, inappropriate responses are rare.”

Even so, the union has no tolerance for any “insensitive and wrong” comments from carriage drivers.

“They do not represent the views of the people who work in the industry,” Mr. Miranda stated, adding “The Teamsters celebrate the diversity of our union and of our city. We are proud that many of our members are part of the LGBTQ community, including carriage drivers. The union is there to fight discrimination at work and in society.”

Amid the pressure from both sides, the mayor has already taken steps to retire the horse carriages. Though the City Labor Counsel insisted that the industry is “iconic and thriving,” Mayor de Blasio told the Observer in March that he would remain unshifting in his stance.

But for Mr. Gunn and those enduring what he calls “racist, sexist, and homophobic taunts,” the end of this New York tradition can’t come soon enough.

Mr. Gunn wrote to the mayor, “I’m among the 30,000 New York City PETA members who applaud your plan to retire the carriage horses. However, as we await a City Council bill, I urge you to address the relentless, hateful bigotry that’s thriving in the city’s tiny horse-drawn carriage trade.” 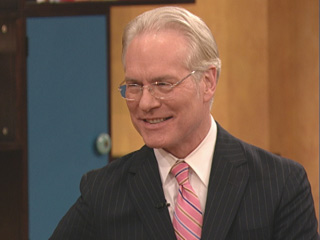