The dream you dare to dream is … tamago! On rice! Sushi! What we like about you is how your dreams are small, manageable and go excellently with sake. Unfortunately, Jiro beat you to it. See just how much at the Film Society of Lincoln Center’s A Night of Film & Food, where Jiro Dreams of Sushi will be screened. The society partnered with James Beard Foundation Greens (foodies under 40) and plans to serve post-screening bites from some of New York’s best chefs, including Paul Carmichael of Má Pêche, Ed Cotton of Sotto 13 and Céline Legros of Canelé by Céline. Elinor Bunin Munroe Film Center, 144 W. 65th Street, 212-875-5668, 6:30 p.m., $75, filmlinc.com

There’s a lot about rain forests, raising funds for Africa and honoring Chelsea and Hillary Clinton on the invitation to An Evening at the Central Park Zoo, but I think if you read between the lines, you’ll see that you are going to get to Instagram a picture of yourself in evening clothes posing next to an elephant. God, you are going to get so many likes and multiple heart emojis. Is there an elephant emoji? You’re going to get that one. Also, you’re going to save wild animals. Central Park Zoo, 64th Street and Fifth Avenue, 718-741-1617, 9 p.m., $185-$350, wcs.org

Kiss the boot of shiny, shiny leather: Venus in Fur hits theaters on June 20. The film, based on the popular David Ives play and inspired by the Leopold von Sacher-Masoch novel of the same name, is about sexual power dynamics—and Roman Polanski directed it. Uncomfortable! Since it’s too hot to wear fur, maybe opt for a leather bustier? A mini one. 500 Park Avenue Screening Room, 500 Park Avenue, 10 p.m., invitation only, 500parkavenuescreeningroom.com

Is life better seen through rosé-colored glasses? Maybe, but it probably beats beer goggles. Guests of La Nuit En Rosé can enjoy a tasting of 85 different kinds of rosé while listening to live music. Also, they can circle Manhattan on the Hornblower Hybrid Yacht, which seems like a perk. Hornblower Hybrid Yacht, 353 West Street, Pier 40, 7-11 p.m., $60, nuitrose.com

Your mom gets a bunch of chocolates and flowers and your dad gets … a phone call, maybe? Take it up a notch, and, no, don’t buy him a tie. He’s retired. He barely even wears ties. Instead, take him to see Ramsay Lewis at the Blue Note. Buy him a scotch. No tie required, though it will give him an excuse to break out all of the ties from Father’s Days past (and ties are fun when you feel like straightening up and flying right). Blue Note Jazz Club, 131 W. Third Street, 8 p.m., $40, bluenote.net

A neat thing about New York is the way that for one week at the beginning of spring the streets smell of hyacinths. And then it goes back to day-old garbage. Get away from Eau de Fresh Kills for one night with the Fragrance Foundation Awards, which celebrates the global fragrance industry and its outstanding creative achievements in the world of perfumery. God willing, it will give you a hanky doused in something splendid to bury your nose in when you go outside. Alice Tully Hall, Lincoln Center, 6 p.m., $3,500, fragrance.org

One of the greatest sadnesses in our lives is that when Penguin and Random House merged it did not become Random Penguin House. It could have had stationery displaying a different penguin on each sheet of paper. Life is full of missed opportunities. Tonight, at the Literacy Partners 40th Annual Evening of Readings and Gala Dinner Dance, Penguin Random House CEO Markus Dohle is honored for his work in literacy and philanthropy. Gary Shteyngart and Bette Midler read. We expect a fair number of penguin suits. Cipriani 42nd Street, 110 E. 42nd Street, 6:30 p.m., $1,500, literacypartners.org

Birds do it, bees do it, the members of the Central Park Conservancy’s Greensward Circle do it. Cole Porter claimed the “it” in that description was “fall in love,” but by today’s standards, maybe it’s just “hanging out,” “talking” or “occasionally replying to gchats.” Either way, tonight at Evening in the Garden, the young members of the Central Park conservancy do it, “on the garden’s pergola beneath a canopy of wisteria.” Conservatory Garden, Inside the Park at Fifth Avenue and E. 105th Street, 6:30-8:30 p.m., $75, centralparknyc.org 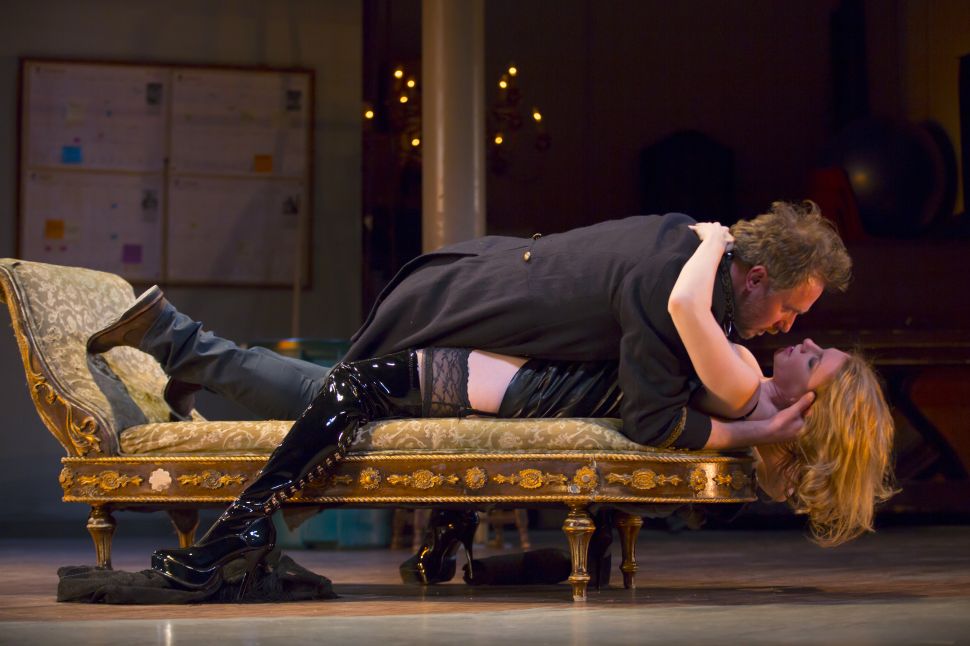