Party under the whale with the American Museum of Natural History Junior Council.

We don’t really enjoy nightclubs, because we don’t love vodka tonics that much, and we really do love sitting down and talking to people. Still, there’s something charming about nightclubs in really old buildings. Some days we wake up with the sense that we missed something, then realize the thing we missed was Limelight. So we’re excited about the preview for Haus, which just opened in the 100-year-old Brunner Building, especially with DJ Chelsea Leyland spinning, complimentary cocktails by Haus’ lead mixologist Rael Petit and light bites by Vitella’s NYC. Haus, 285 West Broadway, 7-10 p.m., haus-nyc.com, invite only

We read Moby Dick lazily, but we assume it all works out for the crew of the Pequod. It certainly works out for everyone at the American Museum of Natural History Junior Council, who will be partying tonight under that giant suspended whale. We don’t care if it’s a million years old—that whale never gets old, and neither does live jazz on the Arthur Ross Terrace. American Museum of Natural History, Columbus Avenue and 79th Street, 7 p.m., jcmembership@amnh.org, Junior Council members only “The best kind of art is the kind that looks like it was fashioned by a clown at your child’s birthday.” It was either Picasso or a lunatic who said that, but either way, it took Jeff Koons to live up to it. And even if you don’t love balloon dogs, you still have to check out the Jeff Koons: A Retrospective opening at the Whitney next week, which will be the museum’s last show in its current location on Madison Avenue. Whitney Museum of American Art, 945 Madison Avenue, whitney.org/Exhibitions/JeffKoons, through Oct. 19

Keep telling yourself your Restoration Hardware furniture is top notch, but stay away from the Holiday House Hamptons Opening Night White Gala, where designers will create original holiday-themed indoor and outdoor living spaces, and where you’ll realize that you actually live in squalor. The design chairs are Thom Filicia, Mary McDonald and Vicente Wolf, and proceeds go toward the Breast Cancer Research Foundation. Guests are encouraged to wear white, but we think your best shot at creating a stylish home might be to steal all the furniture. So wear whatever burglars wear. Sag Harbor, 15 Church Street, 6-9 p.m., holidayhousehamptons.com, $300 Spike Lee will attend BAMcinemaFest’s screening of Do The Right Thing.

We’re not sure we can say it’s the right thing, but hitting up the closing Night of BAMcinemaFest, where they’ll be showing the 25th anniversary of Do the Right Thing, should definitely be the fun thing. Especially given that Spike Lee is supposed to be in attendance. BAM Harvey Theater, 651 Fulton Street, 5 p.m., bam.org/film/2014/do-the-right-thing, $25

Probably the only thing more fun than seeing a bunch of 20-somethings enjoy classical music is seeing those 20-somethings’ friends suddenly realize they are at an event where they’re going to have to listen to classical music at the Young New Yorkers for the Philharmonic Summer Launch. Take heart, if you’re one of those friends: the boathouse is stunning. Central Park Boathouse, 72nd Street and Fifth Avenue, 8-11:30 p.m., nyphil.org/forms/support/yny-summer-benefit, $300

Look, let’s all just agree that if Madeline were a real person, and she grew up, she would have totally moved to New York, where she’d have sneered at Eloise. Or maybe they’d be friends! Respectful foes, probably. The closest we can get to that fantasy is visiting the New York Historical Society’s preview for their summer exhibition, Madeline in New York: The Art of Ludwig Bemelmans, which opens to the public on July 4. We’ll be wearing our best boater hat. New York Historical Society, 170 Central Park West, 5:30 p.m., invite only

Nomad Bar, Daniel Humm and Will Guidara’s new space next to their hotel, is a throwback to a time that only exists in Matthew Weiner’s fantasies, when everyone drank martinis and looked like Jon Hamm and January Jones. It’s like a beautiful vision of the perfect 1960s bar, and they serve a bacon-wrapped hot dog with black truffle. No one could ask for anything more. Nomad Bar, 10 West 28th Street, thenomadhotel.com/#!/dining/the-nomad-bar 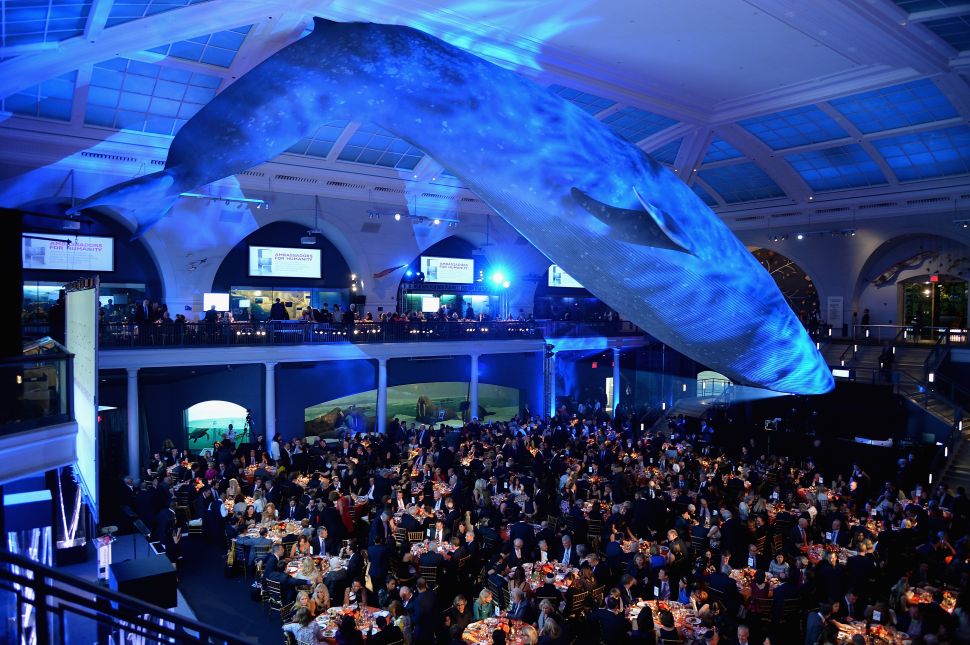