Apparently unaware that Doge jumped the shark 18,000 memes ago, the GOP today used a doge meme to criticize Hillary Clinton.

.@HillaryClinton's out-of-touch idea of "dead broke" is some mansions & $200,000 for a few hours work. pic.twitter.com/4axjdvtK9k

Is this an attempt by the GOP to be relatable to today’s youths? If so, it’s a pretty lame one. People of the Internet have been sooo over doge for months now, possibly starting around the time the U.S. Health Department and a conservative PAC used doge memes to bicker over Twitter. GOP, please readjust your elephant-shaped pocket watches to Internet time.

Additionally, no one’s going to take you seriously — not even young’ns— if you communicate to the public via goofy memes. You don’t look relatable — just immature.

Then again, maybe the GOP purposely used the outdated meme to appeal to some of its older followers. We all know they’re a little slow on the uptake when it comes to modern tech trends. 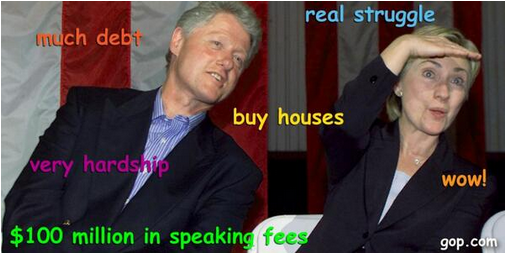