– Finally some good news concerning Tracy Morgan, who was involved in a multi-car pileup last week. A spokesman said that Mr. Morgan is “more responsive” after surgery to repair a broken leg on Sunday. The comedian is still scheduled to be hospitalized for “several weeks.”

– Samwell Tarly got his. That is all.

– In light of recent reports that Syrian president/mass murdering crazy person Bashar al-Assad is a fan of 80’s band Right Said Fred, John Oliver brought the very same Right Said Fred on to Last Week Tonight. We may not be able to stop al-Assad, but we can get the band that sang “I’m Too Sexy” to call him an asshole. 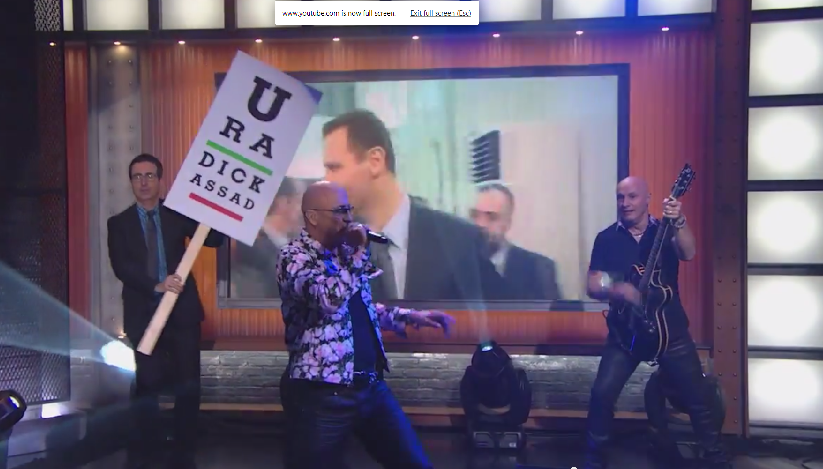