Look, I will not be the first woman to write this particular think piece. I won’t even crack the top 100, most likely. People have said it far better than I have, on a far more interesting range of topics in this prime time season alone. But after watching the premiere of Tyrant last night, I just thought I’d put my two cents in there: let’s chill with all the gratuitous rape scenes, you guys. Or at the very least, let’s give the victims some names … a story-line … anything.

On the new FX show, we’re introduced to Bassim “Barry” Al Fayeed, the estranged son of a ruthless Middle Eastern dictator of … not Syria. Definitely not Syria. It’s a made-up place, okay? Home for his nephew’s wedding after running away to California, Barry and his family are reunited with his bloodthirsty relatives, including brother Jamal. Jamal is like the Sonny Corleone of this extended Middle Eastern Godfather analogy, I guess, if Sonny Corleone just raped women all the time, because he could and he’s bored and why not.

I get that there are human rights violations in the Middle East, and that many countries treat women as chattel. In places like Sudan and Pakistan, ladies can still be stoned to death for making their neighbors think impure thoughts about them. But the problem with Tyrant, and—yes, I’ll say it—with Louie and Game of Thrones this season as well, is that the rape (or attempted rape, or rape that turns into not rape) is not in any way about humanizing with the victims. In fact, it’s DEhumanizing: (most of) the women in Game of Thrones and Tyrant don’t even have names, for the most part. It’s about shock value; about taking a short-cut to saying, “Look at what this bad guy is doing.”

As Maureen Ryan writes in Huffington Post, regarding Tyrant:

Here’s what these incidents have in common:

2. When these incidents occur on Tyrant, we don’t know the woman’s name, or if we do know her name, we don’t know much about her. The women in these scenes are devices—they are there to create an atmosphere of danger or to move the plot along.

Even Fargo had a scene that came uncomfortably close to this, when the formerly meek Lester Nygaard has sex with his dead bully’s wife, doggy-style, while staring at a picture of him. “You’re hurting me!” she cries from beneath him, and that only seems to bring our former protagonist more pleasure from the vicious act.

But Sam Hess’ widower in Fargo (played deliciously by Kate Walsh), is not to be pitied either, but scorned for her money-hungry ways. Even while nodding to the violation of these sexual assaults, they are acts to frame the man as conquerer, not the woman as survivor. Or the woman as woman, even.

Give credit where credit is due: At least when Rectify portrayed a rape scene, the fact that it was a man getting anally raped in prison wasn’t so much more disturbing because it was a guy, but because the fallout from it happening to a main character, instead of perpetrated by him (a later, possible assault happens off-screen), makes the lingering effects harder to brush off. Same goes for House of Cards, where the audience is not privy to the titillating act, only the decades-later fallout.

So hey, if you need rape to be a big plot line of your show, because there is no other way to show that you have an evil/morally ambivalent character (which, if you’re trying to do the latter? You’ve already failed at your job), try harder. I don’t have a solution for you … just try harder. Because this sort of indiscriminate raping and pillaging through prime time isn’t making your show “controversial,” it just makes it shitty. 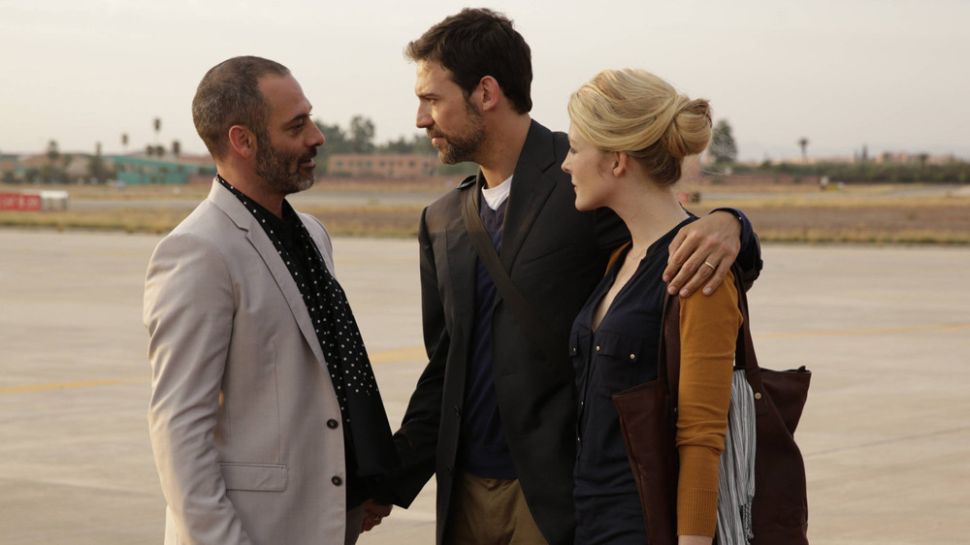