TRENTON – In two separate but similarly controversial decisions released earlier today, the U.S. Supreme voted definitively on issues of religious rights for corporations and union dues requirements for part-time state workers. Both rulings, unsurprisingly, have legislators and political onlookers in New Jersey and across the country riled.

But that’s particularly true for the first case, which U.S. Senate contenders Jeff Bell and U.S. Senator Cory Booker (D-NJ) have turned into a political battleground, with both staking claims on their respective ends of the field, as they gear up for what many expect to be a lukewarm race.

“This is a great assurance to the American people and to New Jerseyans that their religious freedoms will not be stripped away by government mandates forcing people to pay for or buy into practices that they believe violates their religious conviction,” Bell said of the court’s “Hobby Lobby” ruling, which found that some private corporations are protected, on religious grounds, from the health care reform requirement enacted under the Affordable Care Act that employer-sponsored health insurance policies cover contraception. “I was also happy to see that the majority opinion was written by New Jersey native Justice Samuel Alito.”

In that decision, cut 5-4 ideologically, Justice Alito argued that the president’s seminal legislative achievement violates the First Amendment by forcing companies like Conestoga Wood Specialties of Pennsylvania and Hobby Lobby, an Oklahoma-based arts-and-crafts retail giant to act against their owners’ religious convictions.

“The companies in the cases before us are closely held corporations, each owned and controlled by members of a single family, and no one has disputed the sincerity of their religious beliefs,” Justice Alito wrote in the majority opinion.

For his part, Booker, the Democratic incumbent elected in last year’s special election looking to stay Republican hopeful Bell this November, took the polar opposite stance in his own statement on the matter. He argued that the ruling “chips away” at access to coverage for women and working families.

“I am deeply concerned by the Supreme Court’s decision to allow Hobby Lobby to exclude birth control from their employees’ health coverage,” said Booker. “Access to contraception is essential to a woman’s right to make responsible and personal decisions about her health. The views held by a company’s owners should not be allowed to interfere with a woman employee’s right to health care. I look forward to continuing my work with my colleagues in the Senate to advance women’s access to care.”

The ruling didn’t sit well with other Democratic lawmakers in the state, either, who view it as further limiting access to healthcare for women.

“The Supreme Court has eroded personal liberties and empowered employers to make medical decisions on behalf of their female workers,” said U.S. Senator Bob Menendez (D-NJ). “Health services should be provided based on medical determinations by employees and their doctors—no one else. The ACA’s coverage of women’s preventive services, including contraception, is a fundamental step towards ensuring all women have access to the care they need and today’s ruling is a step backwards in advancing equality for women in America.”

“As a woman of strong faith I fully recognize the importance of religious convictions in an individual’s life, but today’s decision will prove to be devastating to people everywhere and is simply wrong,” said Assemblywoman Bonnie Watson Coleman (D-15), the Democratic nominee for Congress in the 12th District. “The Court has not only enabled a scenario in which women can be denied contraceptive coverage the ACA would secure based on their employers’ religious views, they’ve also opened the door for employers to contest coverage for medication, blood transfusions and any number of other health care initiatives.”

But access to healthcare wasn’t the only issue justice dealt a blow today. In a second ruling, unions too took a hit when the court decided that partial public employees — like the home health care workers in Illinois, who brought the Harris v. Quinn case before the court — can’t be required to contribute to unions.

Justices argued that because the workers, who are employed by individual patients and work in private homes, were not “full-fledge state employees,” they didn’t have to pay unions dues.

Hetty Rosenstein, director of the New Jersey Communications Workers of America, called the ruling a “terrible decision and is a continuation of fewer and fewer Americans being eligible or able to unionize,” though the CWA noted they are reviewing the decision to determine what impact it has on their own workers.

“It’s a terrible decision and is a continuation of fewer and fewer Americans being eligible or able to unionize,” Rosenstein said. “There are virtually no democracies in the world that so proscribe organizing and union representation as we do in the United States. Under the guise of the first amendment, Samuel Alito and the right majority on the court made a decision that again deteriorates our democracy.” 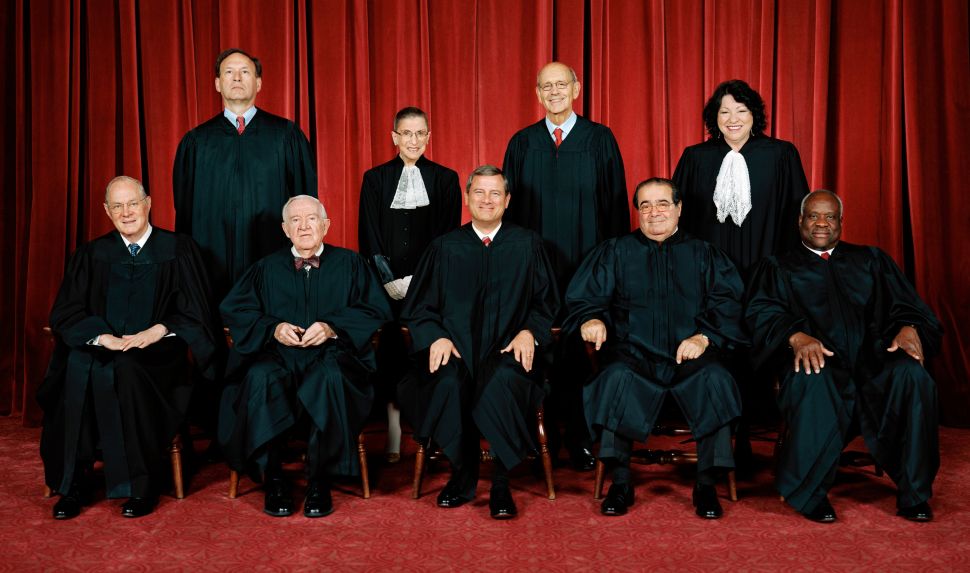