“I wanted to eat there, and eat that, and know who was doing it and why,” Mr. Warner told the Observer.

But the review was actually a hoax by Chris Stang and Andrew Steinthal, bloggers for The Infatuation, who were using the bizarre antics of “chef” Jesper Paulsen to mock NYC’s experimental food scene. The review included depictions of faux “delicacies” such as “sweetbread” sweet bread and vinegared cauliflower and venison.

“I was a little bit threatened because it was stepping on the toes of [what] we’ve been doing,” said Warner, a self-professed rebel chef.

Well, not anymore. Joining with Stang and Steinthal, Warner is well on his way of making Underfinger a reality.

Monday, for one night only, Underfinger will take over Do or Dine, Warner’s Brooklyn establishment, to serve food straight off the faux menu. The fixed menu features “steak for four with savory doughnuts, eaten with strangers” and fish sticks with carrot foam.

For Warner, making this restaurant a reality was worth pulling out all the stops. “I was fully prepared to go scuba diving for sea horses,” Warner said of the seahorse sashimi.

Our favorite, and maybe the most unusual item on the “farm-to-finger” menu: a charcuterie glove. Described on Infatuation’s “menu,” the glove is created when a “server place[s] a different dried meat on each of your fingers, then stitch[es] them together with a single strand of edible silk.” We’d like to see that food fashion in action.

While it all seems a little out there, Monday’s 16-person event is sold out.

Warner said, “You have people paying money to see if it is real or not. That is so New York.” 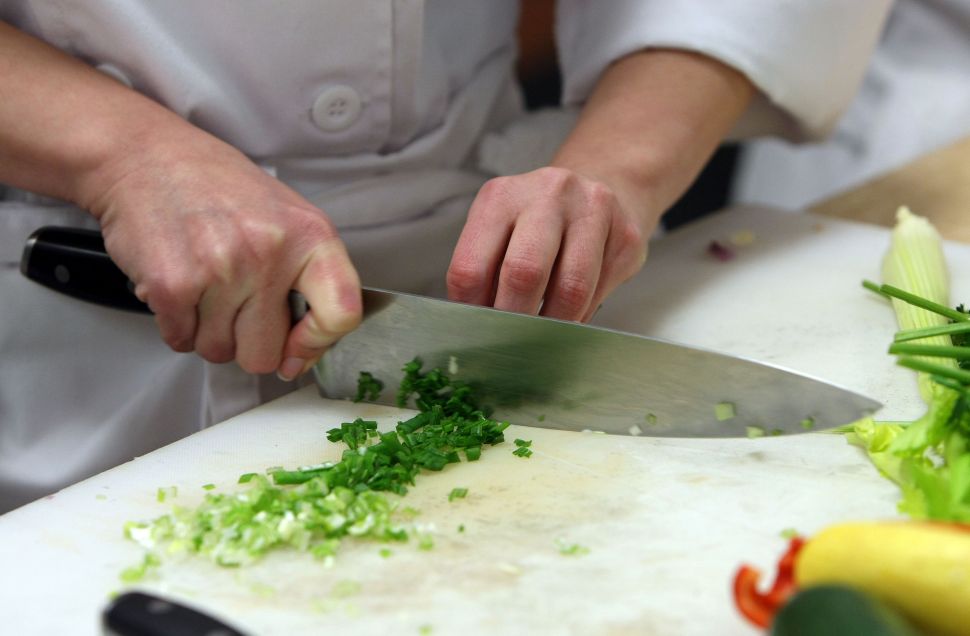