New York City may just be the fountain of youth.

Upper West Side resident Alexander Imich held the title of World’s Oldest Man when he passed away peacefully on Sunday at 111 years old. Born in Poland on Feb. 4, 1903, Imich witnessed the Nazi invasion of his homeland in 1939 and survived a Soviet work camp before he immigrated to the United States in 1951. He worked as a chemist and parapsychologist, publishing an anthology on his research at the ripe age of 92.

But before you run to your blender to make yourself a third kale smoothie, know that Imich’s secrets to a long life are fairly straightforward: exercise, don’t drink or smoke, and eat well (though ice cream and chocolate are acceptable). Oh, and good genes, said Imich before he died. Get those, too.

Unfortunately, Imich never passed on that Tuck Everlasting DNA to any children, which may be why he lived so long. Though his 85-year-old nephew holds some promise.

In the meantime, Guinness World Records suspects that Sakari Momoi of Japan, also 111 years old, is the new holder of the title, reported BBC.

For Imich, all the fuss about his age was underwhelming. As he told the Times last month, “Not like it’s the Nobel Prize.” 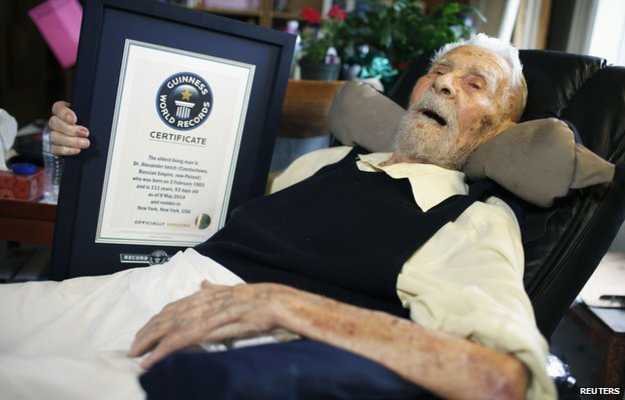