Meet Leslie Caldwell. President Obama has installed Ms. Caldwell, known as a “terror of a prosecutor,” as head of the Criminal Division of the Department of Justice. It has been over a decade since Ms. Caldwell destroyed Arthur Anderson, and with it, 85,000 jobs—only to be reversed by the Supreme Court nine to nothing (well after she went into private practice). Now the president has brought her back—with a big promotion—and the vengeance of DOJ already aimed at Credit Suisse, BNP Paribas and others.

Ms. Caldwell and her then right hand man, Andrew Weissmann, viewed businessmen and bankers as “wise guys on Wall Street,” deserving of brutal prosecutorial tactics. Their prosecutions proceeded on the theory that the “end justifies the means.” Winning was the sole goal. They forgot that the job of a federal prosecutor is to seek justice—not convictions.

Arthur Andersen LLP was Ms. Caldwell’s first target in the wake of the collapse of Enron amid allegations of financial and accounting irregularities and secret-off balance sheet deals and partnerships. Andersen accountants were actually embedded at Enron, and the energy company paid the consulting firm millions in fees every year. Enron changed to mark-to-market accounting, lawful at the time, and was pushing the envelope.

Ms. Caldwell’s task force terrorized Arthur Andersen partner David Duncan with life in prison. Ms. Caldwell would walk into the room, take command and bark at a potential witness: “You’re going to tell us this, this and this (specifying the statements she wanted) or you’re going to be indicted.”

Ms. Caldwell knew the carnage she would cause. Andersen represented 2,300 publicly traded companies and employed 85,000 people worldwide. So Ms. Caldwell and Mr. Weissmann obtained the indictment, then sealed it for a week while the government worked behind the scenes with the SEC and Andersen’s clients to avoid “upheaval” in the markets from the announcement of the indictment. After all, no publicly traded company could continue doing business with an accounting firm under a criminal indictment.

Ms. Caldwell and Mr. Weissmann’s unprecedented prosecution proceeded on an indictment they had cobbled together from statutes that didn’t apply to Andersen’s conduct—with no “fair warning” to Andersen that its conduct was criminal. They destroyed an entire company when only a few people had any role in the decision-making underlying the problems that could have and should have been dealt with as a civil matter—not criminal. But they made their point: deal with DOJ or die.

Ultimately, the Supreme Court reversed Ms. Caldwell’s well-publicized claim to fame. On behalf of a unanimous court, Chief Justice Rehnquist wrote that it was “shocking how little culpability the jury instructions required.”

Indeed, the charges were so convoluted that the district court was compelled to allow Andersen partner David Duncan to withdraw the plea of guilty Ms. Caldwell had bludgeoned out of him.

The destruction of Andersen was one big task force power-play—to terrorize any individual or any business in their path and force submission from all their targets.

Now, Leslie Caldwell is back—and at it again, as the Department turns its sights to foreign-based banks for the Andersen treatment. And it’s already seeing results.

Within days of Ms. Caldwell’s installation as Assistant Attorney General, Credit Suisse capitulated. The Swiss bank pleaded guilty to a criminal charge and will pay a $2.6 billion fine.

Now BNP Paribas is feeling her wrath. The French bank will not only be forced to pay a fine of $8 billion to $9 billion, but Ms. Caldwell is going to institute a temporary ban on BNP’s ability to conduct transactions in U.S. dollars.

This is likely to have far-reaching consequences for American companies doing business in Europe. They may be targeted by foreign governments in real or perceived retaliation, and their ability to do business with BNP will be impaired.

According to French President Francois Hollande, such demands are “unfair” and “disproportionate” and threaten not only BNP but also the “economic stability of the euro zone.”

The New York Times reported recently that the chief of the Central Service for Corruption Prevention in France warned that “American credibility is at risk.” “Excessive use of [its] power” or exaggeration “will be considered extortion by countries.”

With Ms. Caldwell now in control, it is not just foreign banks and corporations that should fear the Justice Department. Ms. Caldwell, said to be an “art lover” who’s a regular at the Met, has made no secret of her disdain for Wall Street, New York’s largest source of tax dollars. Who’s next?

Americans should brace themselves for an unprecedented assault on businesses, banks and political opponents of this administration—regardless of the law or the facts. Expect increasing use of the Department of Justice as an instrument of “terror” to extort large civil penalties or fines from businesses under the threat of criminal prosecution and the death penalty that Ms. Caldwell and her cronies dealt Arthur Andersen.

Meet the new boss—worse than the old boss. 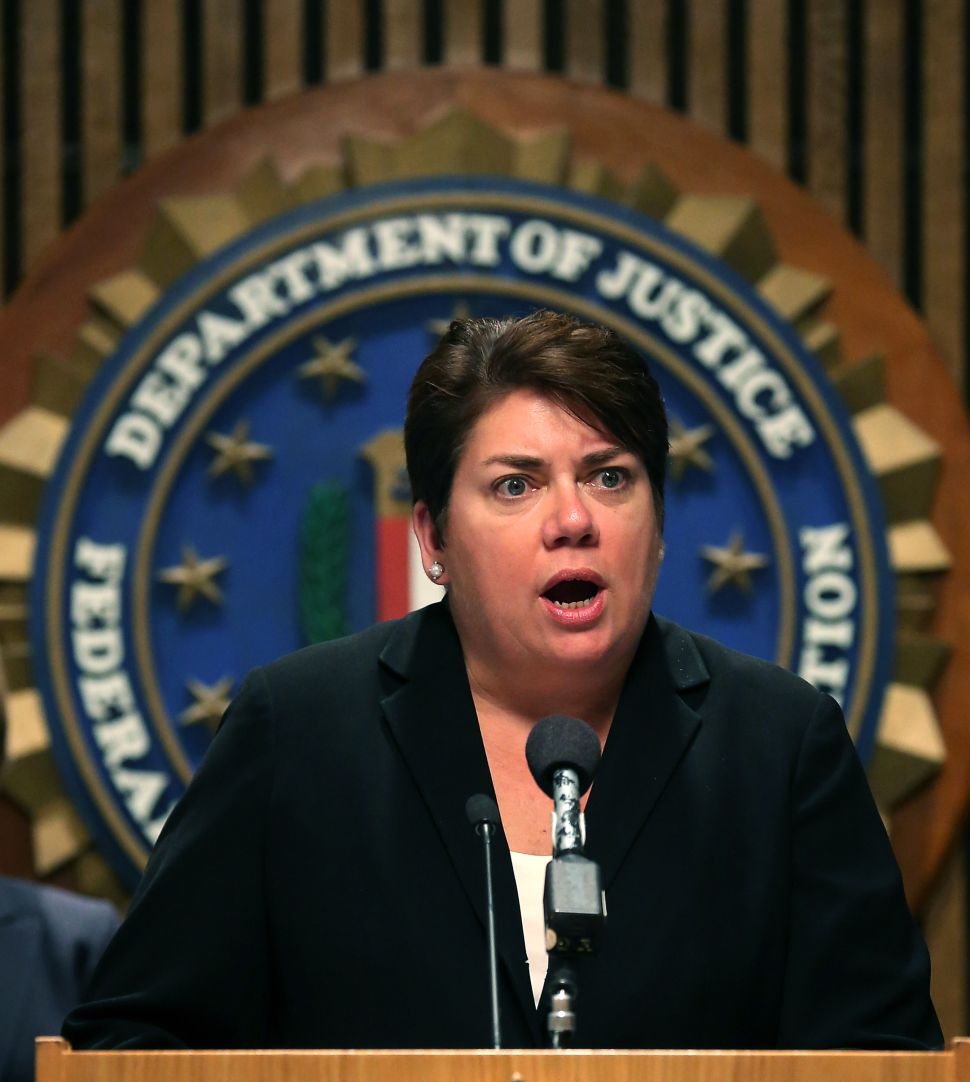