Forget Whole Foods, food cooperatives are the new in place to pick up your weekly groceries. Here in the city they’ve been embraced by a dedicated circle of enthusiasts who gladly work their monthly shifts in exchange for food that’s healthy, organic, sustainable, locally grown, and ethically manufactured. However, while their missions are all the same they’re not all made the same. The culture of these co-ops varies almost as much as their weekly produce offerings. Interested in perhaps joining one? Here is a peek into three of the most interesting co-ops out there now.

The Park Slope Food Co-Op is where it’s at in terms of NYC co-ops. Formed in 1973 by an intrepid gang of Park Slope locals, the PSFC has grown to 16,000 members– making it among the oldest, largest, and most talked about in the city.

Unlike other co-ops, the PSFC sources both local and global products, from organic baby Bok Choy grown outside the city to yuca all the way from Costa Rica. Only members may shop at the PSFC. This fact, as well as its size and setting, has contributed to what some call a culture of exclusivity.

“I would definitely call it exclusive,” Stacey, a member since 2004, told the Observer. “In fact, I think thats why a lot of people joined PSFC. They want to be part of something others can’t.”

“For me, it’s all about the food,” she added. “Food is very important to me.”

With a membership as large as 16,000 it’s difficult to generalize members, but standing outside the co-op on a recent Saturday it’s not hard to see a homogenous body of shoppers appear– they’re the stroller-pushing, post-yoga crowd that have come to epitomize Park Slope, for better or for worse.

And yet, the PSFC always seems to attract its fair share of special controversy– heated political debates, celebrity sightings, and reports of rule breaking behavior, to name a few.

Do you like the idea of seeing and being seen? Mingling with celebrities in the cheese aisle? Then PSFC is for you.

Tucked away on a quiet block in the heart of the East Village, the 4th Street co-op is quietly fighting gentrification one member at a time. Established in the early 70s by a group of Village locals, the now 60-member co-op is all vegetarian and sources almost exclusively organic and local products. It is wholly member run– there are no paid employees to find here. And unlike the PSFC, 4th Street is open to the public, meaning non-members can shop there while members receive a 20% discount.

“We don’t really suffer from any feelings of exclusivity,” said Robert, a member since 2007. “It’s not a social beehive, anyway. But everyone is friendly. It’s a beautiful thing.” Another member described it as “a laid back vibe.” “We’re not into drama,” he said.

Instead, efforts at the 4th Street co-op are spent not only on providing high quality food, but staying afloat in the increasingly gentrified area. “We don’t know what’s going to happen to the East Village. Whole neighborhoods have been destroyed,” Robert continued. “I’m worried soon the only thing you’re going to see here are Duane Reades and Subways and 7-11s.”

Despite the ritzy address, members come from vast swaths of the city and socio-economic backgrounds. “I guess it’s kind of an old fashioned mentality here” said another member. “It’s not about where you live. It’s about who you are. And, of course, it’s about the food!”

Greene Hill Food Co-Op
Where Everybody Knows Your Name

Not wanting to make the trek to the PSFC in Park Slope, a group of Fort Greene foodies formed the Greene Hill Food Co-Op in 2008. “We thought everyone should have access to healthy, affordable, high quality food,” said store manager Allison. “You shouldn’t have to walk three miles for that.”

At Greene Hill the emphasis is on community: Allison estimates 80% — 90% of the roughly 1500 members come from the Clinton Hill, Fort Greene, and Bed-Stuy neighborhood. In other words, expect to run into your next-door neighbor or dog walker while picking up your groceries. “I met people at the co-op who it turns out were my neighbors,” said five-year member Keith. “And now we’re friends.”

Currently residing in an airy, industrial-chic storefront on Putnam Ave, the co-op is 100% worker supported– like 4th Street there are no paid employees and operations are small. Moreover, unlike other co-ops Greene Hill tends to avoid high-profile political associations (though they did vote to stop selling Barilla pasta after the company’s owner made anti-LGBT statements) and tries to please everyone: members say it can feel like a big, happy family at times. Or maybe a block party. 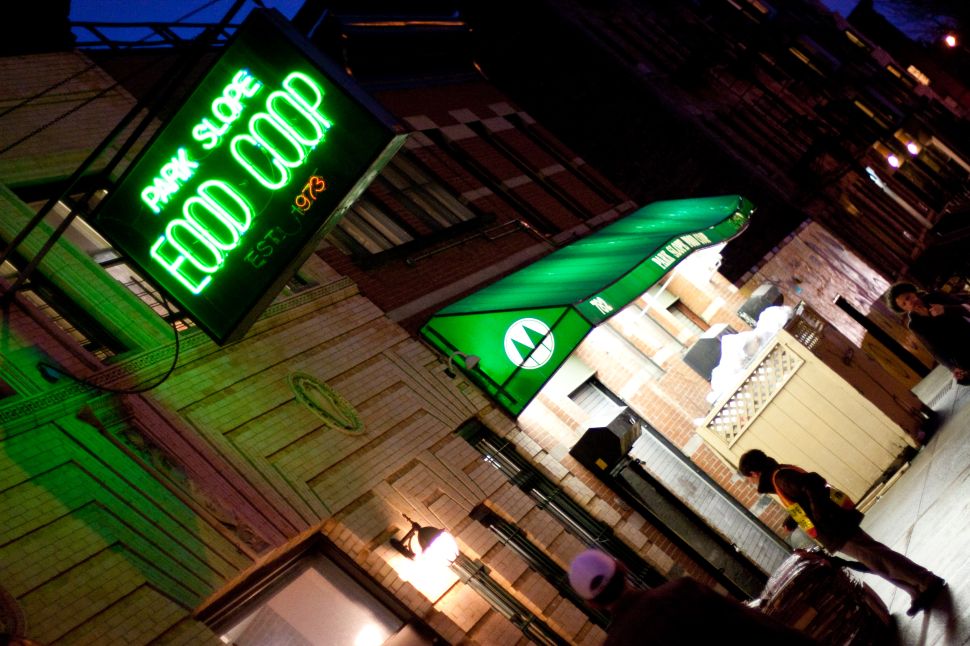