Dragging his incumbent opponent into the runoff election, the Bayonne Police Captain built off of his momentum and edged his rival, 51 to 49%. Those boosted by his win included renegade Bayonne diehard Pat Desmond; former Menendez state directors Mike Soliman and Nick Chiaravalloti; and Economic Growth and Social Justice PAC Director Sean Caddle.

The Newark Mayor-elect secured the election in last night’s runoff of his two May 13th running mates to give himself a 5-4 majority on the City Council.

Davis knew the value of his campaign manager when in victory last night he gave DeMarco a special shout-out from the stage. The former counsel in West New York, Jersey City native DeMarco has built an impressive political resume off of two anti-establishment wins. First it was Felix Roque’s stunning victory in 2011, and now the Davis Campaign in Bayonne.

The founder of the super PAC Economic Growth and Social Justice, the 20th District state senator put money and campaign resources behind Jimmy Davis in the June 10th runoff.

Gayle Chaneyfield-Jenkins’ victory over Darrin Sharif in Newark’s central ward increases the councilwoman-elect’s chances of returning to the council presidency.

Once a talked-about candidate for governor and former chairman of the Hudson County Democratic Organization (HCDO), the hero cop from Bayonne went down in defeat last night in his beloved home city.

Smith’s firefighter campaign manager is also the assemblyman representing Bayonne from the 31st District. As a consequence of Smith’s loss last night, O’Donnell faces the prospect of not getting the line next year in a bid for re-election.

Once a promising newcomer who worked hard as the Central Ward representative and aborted his own 2014 run for mayor of Newark to pursue re-election to the city council, Sharif lost last night to Gayle Chaneyfield-Jenkins.

In a play for the council presidency, the city’s acting mayor (and at-large councilman-elect) got behind Sharif, who failed to win, thereby depriving Quintana of a continued reign of power from the command chair on the council.

The former president of the state senate last night lost his chairmanship of the Monmouth County Republican Committee. 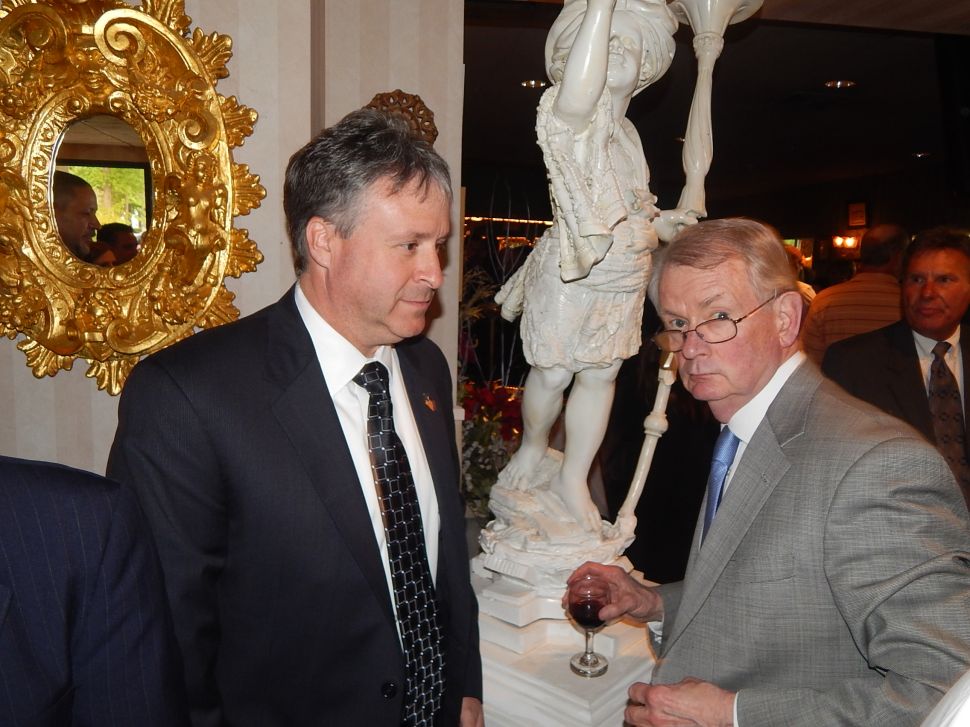