Few would disagree with Elizabeth Hardwick’s observation that “malice, which is of a metropolitan order, is often quite entertaining.” Malice is too strong a word for gossip among friends, but not, tellingly, for libel. In the city, writers and their subjects know the power of printed assertions all too well. The Internet has not made Sweet Smell of Success any less relevant: the gossip column, and its byline, remains the most metropolitan of weapons.

It’s not surprising then that the writer Emily Gould is still known—eight years later—for cutting her teeth blogging about the rich and powerful (and the mundane) for Gawker. Nor for her slight reversal of fortune when she quit, wrote about the perils of blogging for the cover of the New York Times Magazine, and found herself in a role she knew well, but had yet to occupy: the unwitting target of the Internet. The irony was not lost on her.

That Ms. Gould, then 24, was often more sharp than mean in her blog posts is often overlooked, largely because of her ability to casually catalogue a person’s resources, psychological and otherwise, as if ticking items off a shopping list. One fails to imagine a person, or fictional character, who can resist her immediate, often damning classification. It’s the skill that buoys her debut novel, Friendship.

In Friendship, Bev and Amy, both 30, are best friends. Amy is acerbic and good-looking. Blessed with an easy narcissism, she always considered herself lucky, and maybe for this reason alone enjoyed a fair amount of good fortune early on. Bev is mousy and polite; Midwestern, both in temperament and stature. Their careers in book publishing—they met in their first real jobs as editorial assistants—are a distant memory. They struggle to afford the Brooklyn lives they’ve become accustomed to. It doesn’t matter that they’re failing to maintain lifestyles in different (however slight) tax brackets, if only because at the end of the month they have the same amount of cash, which is to say very little. “How could a destitute homeless person be in possession of a Comme des Garçons wallet, a pair of Worishafer sandals, a fridge with Moroccan oil-packed sun-dried tomatoes in it—all these accoutrements of bourgeois stability, but none of the stability itself?” Amy wonders after quitting her job. Whereas Bev left her parents behind when she renounced their church in Minnesota, Amy still can’t “figure out how to snip a bedraggled, half-rotten umbilical cord that had somehow snaked its way up I-95 all the way from the D.C. suburbs to New York.”

The novel is achronological—I’m not sure wisely so. Chapters of flashbacks alternate with much sharper vignettes set in the present. Bev and Amy’s 20s unspool as a series of hazy plot points minus any self-indulgent interiority. (If only those years were really like that!) Still, Ms. Gould successfully frames the conflict at the center of any long-term relationship by using the early periods as a point of contrast: are Amy and Bev willing to renegotiate the contours of their friendship as they change? To wit: You cannot reasonably ask a friend to appreciate your quixotism past the age of let’s say 25, though Amy certainly tries. When Bev gets pregnant from a one-night stand and—against Amy’s or any objective financial advice—decides to keep the baby, the two friends find themselves preparing for very different futures.

Ms. Gould sets up female friendship as being cemented less by compatibility than by a set of shared circumstances. Amy and Bev leave book publishing for reasons one imagines their younger selves deemed rightfully cinematic: Bev falls in love (she follows a man to Wisconsin) and Amy gets a dream job (a thinly-veiled version of Ms. Gould’s blogging at Gawker). The man cheats on Bev. Amy loses her job. They find other work, none of it particularly stimulating. Bev goes to graduate school and drops out in debt. When the novel starts, she is temping as a secretary and Amy is whiling away her days in a dead-end blogging gig she despises.

It’s in Amy’s bored, indiscriminate envy that Ms. Gould finds the perfect instrument for her catch-all descriptive sensibility. Amy’s boss has “creamy skin radiating something somehow simultaneously ripe and chilled, like an expensive melon on display at a gourmet grocery store.” Amy’s judgmental eye often registers surfaces in monetary terms. A man she sleeps with has a “somehow expensive-looking” body. A diamond ring “generated blinding flashes of light.” She is at once a cool customer, deftly judging everyone in her peripheral vision at a restaurant, and a quasi-hysteric threatened by the specter of “rich women.” The book has a steady stream of references to “rich” people, and this is the world Ms. Gould inhabits most comfortably, one where the have-nots refuse to go quietly about their not-having.

Still, the stakes of the plot—before Bev becomes pregnant—are relatively low. Who among us can claim otherwise of our own lives? Well, perhaps artists. Both protagonists strongly identify as writers. “So what kind of stuff do you write?” a woman interviewing Bev at the temp agency asks. “Temp agency applications,” Bev thinks. Instead she responds, “Oh, everything, all kinds of stuff. I’m working on some stories right now that are sort of … memoirist?” A central tension of the novel—that these writers never write, that they are making financial sacrifices to live in New York for “careers” they don’t have, that one cannot in fact write a novel from one’s Gchats, however clever—is left unexamined. (Only once, at the book’s conclusion, does Amy go home and sit down, alone, at her computer to write. It’s an email to Bev.)

But as a reader, there is still much to be gained from an ostensible writer-narrator. What is at stake for a writer, especially a woman writer in New York, is the life she doesn’t lead in order to produce her work. But it never feels like Bev is giving up writing to have a baby. (What writing?) And not for a second in reading Jenny Offill’s recent Dept. of Speculation do you forget that this is the text of a Brooklyn writer, least of all because of the myriad quotes from other texts. (Writers are readers, see, although no books are read in Friendship.) Elena Ferrante’s excellent Neapolitan novels, which follow two fiercely competitive best friends from childhood, also comes to mind (the narrator is a novelist). Ms. Gould’s literary project seems less literary than these merely on the level of the sentence. As with Tao Lin’s early novels, there is a banality that can seem misplaced, most noticeably in dialogue that reads like cringe-worthy transcription between two, well, temp workers. Here, Bev and Amy have been house-sitting for a wealthy couple upstate; Amy needs to find her computer charger so they don’t miss the last train back to the city:

“Ugh, I’m not mad at you. I’m mad at me for having this stupid temp job,” Bev said. She joined Amy in rummaging around under the glass-topped dining table, looking in the corners of the room.

But that’s the only thing I’m mad about with Friendship. It’s no small feat we get Ms. Gould’s gimlet eye, if not her writerly voice. 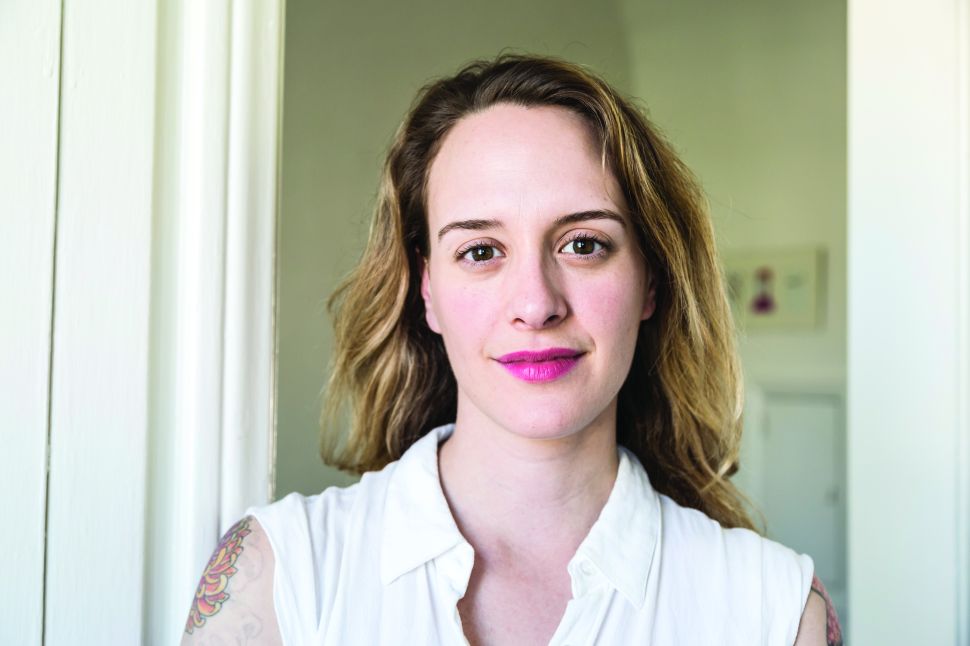