Sweeney wants to raise $1.57 billion with a millionaires’ tax.

“Today, Senate President Sweeney announced a responsible approach to funding pensions. We applaud him for taking the necessary steps to uphold the state’s legally required pension payment unlike Governor Christie who is reneging on his own agreement. Senator Sweeney’s plan keeps the promise he made and supports the retirement security of middle class workers and our state’s dedicated public workforce.

“The Senate President’s plan makes sense – suspend a portion of the $4 billion in corporate welfare Governor Christie has doled out, and instead make it a priority to fund the pension, keep the state’s promises, and follow the law,” Wowkanech added. “Governor Christie’s economic record is horrendous. He has presided over the second worst job creation numbers in the nation.  New Jersey ranks only behind New Mexico.  The only winners in Chris Christie’s economy are millionaires and Wall Street CEO’s. The Senate President is presenting a plan that puts the middle class first, and forces the wealthy that have benefited so much under this Governor to pay their fair share.”

“The budget is a work in progress,” Prieto said. “Everything is on the table, as always. We will review the Senate plan.” 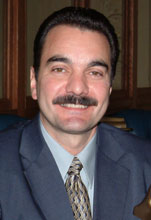