First the Kardashians, then a convenience store and now, another statue: the Hamptons is battling pollution.

Hamptons residents are having a hard time enjoying the summer landscape after last week’s installation of a new “Walking Figure” statue. The Donald Baechler-designed sculpture is paralyzed in motion on a roundabout near Grabeski Airport in Westhampton, according to the New York Post.

The thirty-foot statue was likened to a “a character from a book” and “[throw] up” by angered Hamptons residents.

Developer Mitchell Rechler of Rechler Equity, the firm that commissioned Donald Baechler to sculpt the Hamptons’ newest (and largest) resident said, “The sculpture is bold and imaginative, with a liveliness that mirrors the modern design elements and positive, open feel of the Hamptons Business District.”

However, Hamptons residents are neither “open” nor “positive” about the sculpture.

Nikki Raynor, 20, a lifetime Westhampton resident and employee at Westhampton Beach Tennis & Sport, is perplexed by the statue. “It’s strange. We don’t understand what it is and why it’s there,” she said.

Tony Intravaia, 50, who’s owned Westhampton mainstay Tonino’s Pizza’s for 24 years, told the Observer, “Everyone thinks it’s Olive Oyl from Popeye. [The town] should let us know what it means, and if it doesn’t stand for anything, then they have issues.” 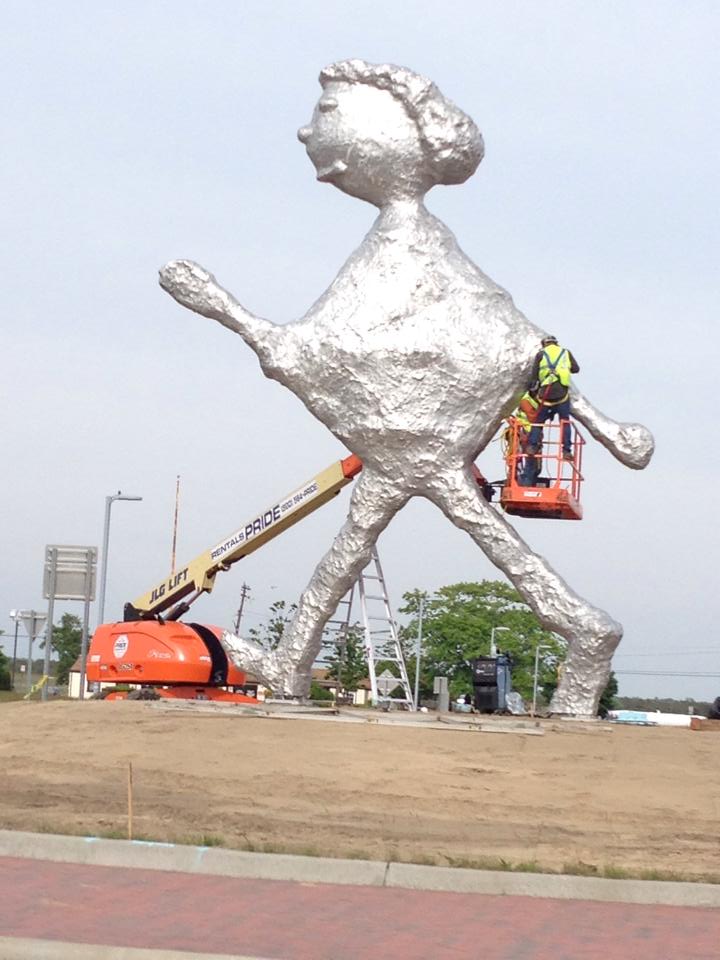