‘Tis the season! If you’re lucky, you’ll get invited to someone’s lavish Hamptons house for a weekend of non-punishment in the sun. That’s far preferable to having to find your own lavish Hamptons house and worry about the steady stream of guests like yourself. So enjoy your weekend of borrowed luxury—but first, listen up for these handy tips as to how to behave, just to make sure you get invited back.

1. Bring a gift for your hosts. Not a re-gift. Everyone can spot a gift bag reject—or a turndown from some other friend—a mile away. Those aromatherapy candles and icky perfume samples reek of second-hand pathos. So you should actually spend money on some lovely trinket—a nice crystal bowl goes with anything—and also bring a decent bottle of wine. This will start the weekend on a note of genuine appreciation and fizz. 2. Don’t treat their house as if it’s your house. Just because you sprawl out on your sofa with bare feet, don’t do it on theirs. Just because you leave sneakers by your pool (or would do so, if you had a pool), don’t leave them by theirs. Be sensitive to the fact that you’re an alien invader and your hosts have regulations that need to be seriously obeyed. They own you!

3. Don’t try to run everyone’s schedule all weekend. If you have a burning drive to go antiquing, you can suggest that, but remember, you’re just a guest and need to honor your masters’ wishes. They might instead want to go grocery shopping for the weekend’s meals, in which case you should gamely go along and even nobly offer to chip in. Otherwise, you won’t eat! Or they might want to go their separate ways. (Some hosts think they want you around, but when push comes to shove, they feel way more comfortable being alone, as per usual.) In that case, go antiquing! Make yourself scarce! And buy them a farewell trinket!

4. Stay out of your hosts’ personal gossip. There’s a moment in every weekend when the hosting couple gets into a heated argument and you feel like an unwanted spectator at an Edward Albee play. That’s your cue to skedaddle out of the room. Go sit by the pool—and while you’re there, put your sneakers back on!

5. Leave before you reach your—and their—saturation point. Even if you’re supposed to stay till Monday morning, don’t do so if things are getting tense and awkward. Use your innate sensitivity to figure out your exit cue, and then gracefully depart into the night, even if it’s earlier than anticipated. The second you get home, send a lovely email thanking your hosts for their incredible kindness. Then send a handwritten note as well. Then sit around and wait for a return engagement. Follow all my rules and you will surely get one. Enjoy!

So much pressure falls on houseguests to behave and follow the rules, but what about the hosts? No matter how gorgeous your home, follow my friendly hints as to how to be a good host or you’ll end up with a hellish reputation as a sort of upscale prison warden.

1. Be sure you really want guests. Sure, the idea sounds good on paper. After all, you’re normally friends with these people, so why wouldn’t that situation extend into a lovely few days in the country? Because it’s a whole new scenario, that’s why. This time, your dear friends are traipsing through your property and intruding around your very special weekend. Yes, you asked them to, but you didn’t realize it would be quite this annoying. Well, I’m asking you to realize it in advance. If you don’t want guests and can’t be civil to them, then don’t invite them. Once you extend the invitation, then brace yourself and bite your tongue.

2. Gently tell your guests what they’re entitled to. Early on in the weekend, show them around the place (if it’s their first time), while pointing out their room, their bathroom, and their privileges. They deserve an orientation, and you deserve a chance to establish the available turf.

3. But don’t nitpick over small transgressions. You know: “Who left the light on in the bathroom?” “Did someone use the wrong towel?” “I thought I told everyone to not change the channel!” That kind of talk makes you sound petty and intimidating and not a good host at all. Your guests are human and fallible. Learn to forgive—silently. 4. Be flexible with your schedule all weekend. I gave this advice to guests (see above), and it applies here as well; the mutual flexibility will pay off big time. Sure, you have a certain routine that you like to stick to around your house, but now that you’ve brought extra characters into the mix, be open to shaking things up a little. You’re the masters here and can totally call the shots, but why not nobly loosen the reins in search of some mutually enjoyable activities? Act like someone who didn’t invite people to torture them, but to actually see that they have a good time. Doing so will assure that you have one, too.

5. Don’t pinch pennies. I actually heard of a Hamptons host who charged her guests for groceries they took out of the fridge! Maybe she was just trying to make them feel at home (since at home, they would have paid for their own groceries), but I don’t think so. I think she was just being a gigantic, horrible cheapskate. Since you invited people over, why not treat them to stuff? You don’t have to pay off their mortgages, but when your guests arrive, have something to nibble waiting on the table, with a variety of summery beverages. And have stuff they can raid throughout their stay. Be a host! 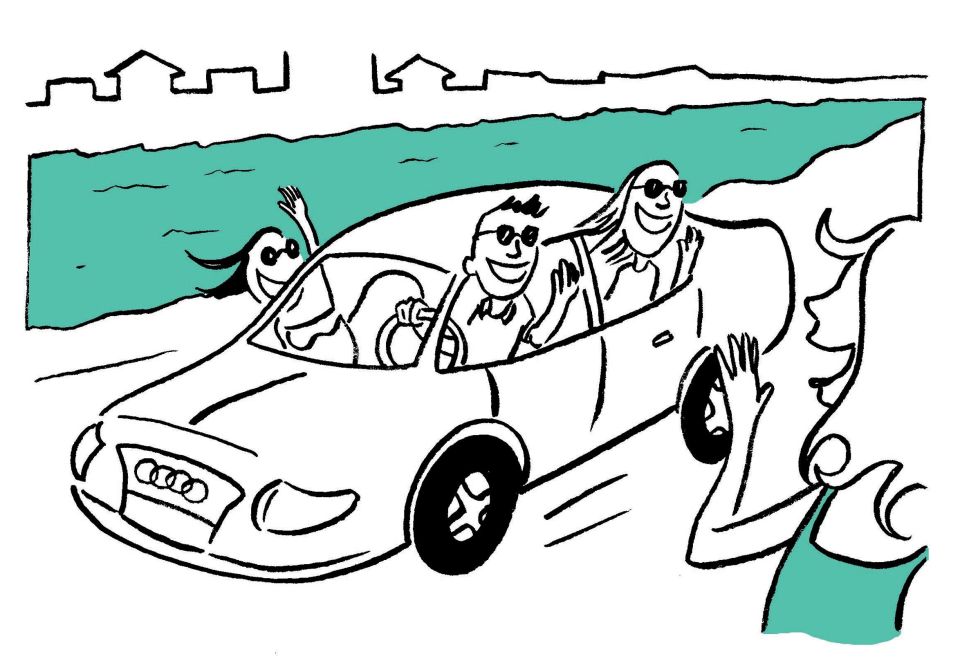 Filed Under: Travel, Hamptons, the hamptons