12 donors to twice-indicted State Senator John Sampson listed their residences as Mr. Sampson’s Canarsie, Brooklyn district office on the senator’s most recent campaign filing. Donors typically list their home addresses and occasionally work addresses on filings, but it’s just about unprecedented that a pile of donors all list the district office of the candidate as their primary addresses.

For political and legal observers, the filing raises many red flags.

None of the 12 donors actually work at Mr. Sampson’s 1222 E. 96th office, according to senate employment records. One of the donors is actually a State Senate candidate in a neighboring district, Rubain Dorancy, who did not clarify to City and State yesterday why he was listed as “Rubain Doranis” on the filing.

Mr. Sampson, though facing indictments on corruption charges and lying to the FBI, is unlikely to face any immediate penalty from the State Board of Elections because the understaffed body rarely enforces the state’s already vague campaign laws. A BOE spokesman did not immediately return a request for comment,

“John Sampson treats his campaign account like his own personal criminal money laundering operation. The list of laws John has violated in this campaign filing alone is staggering,” said Nathan Smith, a spokesman for Mr. Smitherman. “How do twelve people live at his government district office? They don’t. So, where does this money truly come from and what additional illegal activity is John Sampson hiding?”

“This is just another example of why this district deserves better representation. John Sampson already lost our trust because of his legal troubles, now we find out he could be misusing campaign funds while under indictment,” Mr. Henry said. “This behavior unacceptable of an elected official. Enough is enough.”

Mr. Sampson’s campaign also could not be reached for comment. 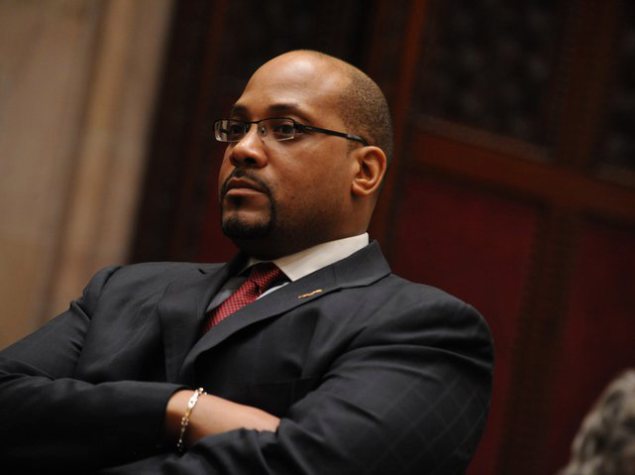