1. Oookay, so what exactly and the hell is going on in this show now?

This episode was mostly exposition (and gunfire), yet it still managed to be extremely confusing. We’re now three weeks into our secondary plot line marked by the notable absence of white lady terrorists, and all hell has broken loose for Jack Bauer and Friends. What does “all Hell” mean, in this circumstance? Well, the United States Navy accidentally sunk a Chinese ship, the Chinese president wants to retaliate, and that device that can hack into any military in the world is still in the hands of an evil villain. Kind of makes a guy miss the threat of a couple measly drone attacks, doesn’t it?

2. And what is said evil villain’s end goal with all this tomfoolery?

To start a war between China and the United States — which, incidentally, is about the highest set of stakes possible.

No, Chang is most definitely NOT dead, although everyone thinks he is. To refresh: Chang is a traitorous Chinese man who tortured both Jack and Audrey years ago — holding Jack for more than a year and nearly killing Audret. Both President Heller and the Chinese president were certain he had been killed three years prior while attempting to escape from prison, but now it looks like he’s alive — and worse yet, he’s in control of The Device.

4. Have there been any significant changes in character power rankings?

Chief of Staff Tate Donovan’s star is definitely on the decline. He’s been increasingly painted as kind of a slimeball all season, and boy has he really done it this time. It comes out this episode that he tried to turn Jack over to the Russians — a task that required the minor indiscretion of forging the President of the United States’ signature. Heller tries to place him under arrest for treason but Jack decides he’ll be more useful as bait.

Also? President Heller drops his Alzheimer’s pills in front of all his military guys, so that’s not great, power-wise.

And the Russian guy with the mouth merkin kicked the bucket.

Yes you can, and Jack most definitely takes advantage of this fact.

1. Is this the worst day of President Heller’s life?

Like, might Heller have been better having sacrificed himself to Margot Al-Harazi and going down in a heroic blaze of glorious fire, after all? Right now he’s in deep, deep shit, but he does still have an episode to turn things around. 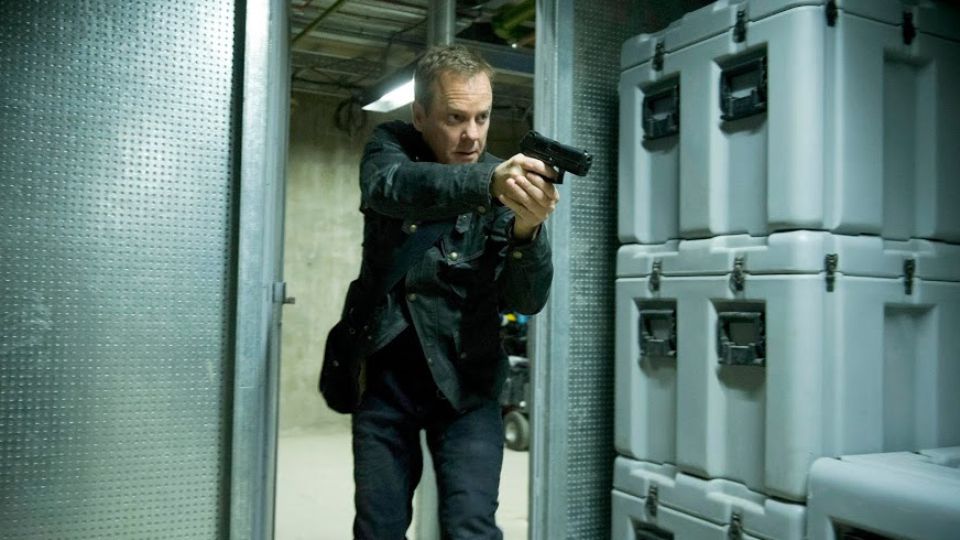