When the show suddenly killed off its antagonist and totally changed gears with a handful of episodes still to go, there was at least some sense that an interesting narrative was being constructed. But after that finale, which saw the murder of Audrey by one of Chang’s snipers and some subsequent crazy-ass retaliation from Jack, I’m pretty sure said narrative was that the writers got super drunk, said “to hell with it”, and went nuts throwing in as much gunfire and bloodshed into their scripts as the network would allow.

2. But why did Audrey have to die?

So that Jack could have one final action hero shoot-’em-up fueled by pure emotion, taking out dozens of bad guys all by his lonesome, culminating in an epic beheading of bad guy Chang so brutal it would make Ned Stark faint! Audrey died so the legacy of Jack Bauer might live. So he could go out in a blaze of glory, with nothing left alive that he cares about, and sacrifice himself to those Russians who were inexplicably after him all season in exchange for Chloe’s life.

Thus setting up the potential for another season, of course.

But what would the point of that even be, as the guy with the impossible mustache died last episode.

3. Could Chloe possibly become even more Girl with the Dragon Tattoo-y?Indeed she could, and “24” saved the biggest Lisbeth Salander tribute for last. Bloody, filthy, and wandering dazed through the woods, Chloe appeared very far indeed from her cyberpunk cosplay convention. Good thing this was the last episode as I’m not sure I could stomach seeing Mary Lynn Rajskub carve her revenge into some enemy’s genitalia.4. Alzheimer’s check?

He’s cured! Everyone’s cured! There is no more Alzheimer’s in the world! No, just kidding, President Heller is way forgetful again, but he’s fine with it because it means he won’t remember Audrey’s death. Which is the saddest silver lining ever.

5. And what have we learned from the Kiefer Sutherland School of Theater?

– Emotion is expressed primarily through whisper.
– Always wear all black so that the facial palate remains pure.
– NEVER, EVER SMILE, GODDAMMIT!
– Squinting? It can convey such a very wide range of feelings.
– When in doubt, just start shooting extras.

Show of hands! Anyone? Anyone at all? Don’t all speak up at once, now. 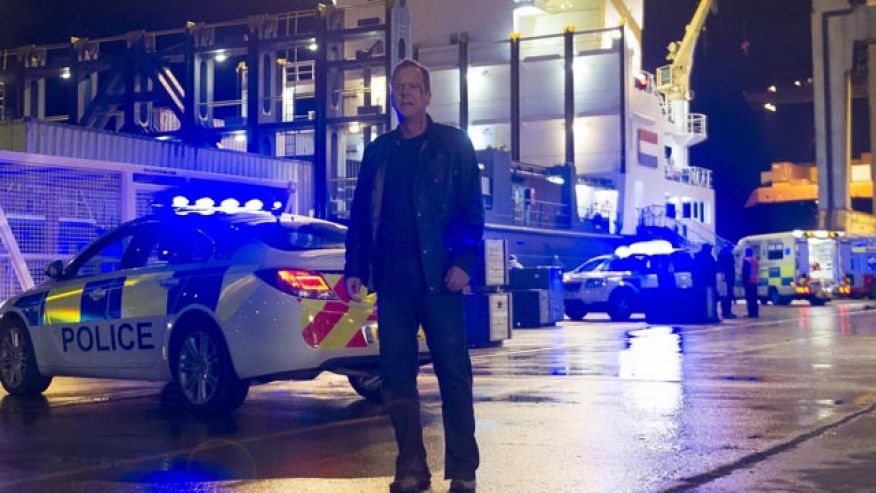