On a cold, rainy day last fall, Rabbi Andy Bachman decided to quit his job. He’d driven out to Gravesend, in the southern end of Brooklyn, to deliver lunches to a housing project. As he was handing out sandwiches, he noticed a long line forming under the scaffolding of a separate building across the street, another truck arriving with its own stock of food for those in need.

The procession of impoverished Brooklynites living meal to meal must have stood in stark opposition to the affluence of Park Slope, where, as the spiritual leader of Congregation Beth Elohim, Mr. Bachman has ministered to a sophisticated crowd of high-profile congregants who can dine at any number of fine restaurants whenever they please.

“I remember thinking, in the rain, standing out on the perimeter of the city, that there’s an infinite amount of work to be done to alleviate human suffering,” Mr. Bachman, who is 51, recalled over lunch recently at Dizzy’s diner, a short walk from the synagogue he’s helmed since 2006. “And a pulpit rabbi can do that a part of the time but not all of the time.”

Next year, Mr. Bachman will step down from his post as senior rabbi to pursue opportunities in the wider, secular world of social justice, a decision he explained in a recent post on his personal blog. That Mr. Bachman should choose, at the height of his career, to abandon his position as one of the most prominent rabbis in the country took many by surprise, especially since he’s never worked outside the Jewish world.

Mr. Bachman pushed Beth Elohim to fulfill its social obligations beyond the Jewish community, transforming the 150-year-old Reform synagogue, the largest in Brooklyn, into a bastion of progressivism. In his eight years at the helm, he established a roster of innovative cultural programs and charitable endeavors, and membership doubled from 500 to more than 1,000 families under his tutelage.

But over time, the job became less fulfilling for Mr. Bachman, who was ordained in 1996. He had, he said, reached “a plateau.” “It just became crystal clear to me that I wanted to spend the majority of my waking time really trying to address these gaps,” Mr. Bachman said, referring to the social issues—poverty and homelessness—he plans to take on in his next act.

There aren’t many precedents for a rabbi leaving the synagogue for the secular, non-profit world. David Saperstein, 67, went to law school early in his rabbinical career and is now the longtime director of the Religious Action Center of Reform Judaism in Washington. Peter Rubinstein, who is 71, retired from Central Synagogue in Manhattan last year. He will serve as an advisor to Tony Blair’s Faith Foundation.

But as his congregation recently discovered, Mr. Bachman doesn’t possess the metabolism of a lifetime pulpiteer. “He’s almost like a serial entrepreneur who likes to start things and build things and go from one thing to the next,” said Jodi Kantor, a New York Times correspondent and a longtime member of Beth Elohim.

The rabbinate wasn’t Mr. Bachman’s first career interest; he originally wanted to be a reporter or run for office someday. As a student at the University of Wisconsin-Madison, the Milwaukee-born Mr. Bachman wrote for The Daily Cardinal, the school newspaper, and had a job as an assistant in the State Senate office of Lynn Adelman, now a federal judge.

It wasn’t until his father died when Mr. Bachman was just 20 that he began to explore Judaism as a career path, but the decision was not borne of a spiritual epiphany, per se. He had come from an assimilated family, and he began to worry that he might be the last one in his lineage to care seriously about Jewish identity and history.

The rabbinate seemed to offer more meaning and structure than other vocations. “I never became overly religious or anything like that,” Mr. Bachman said. “I’ve always essentially remained the same. I just shifted my interests into Jewish life.” Now, Mr. Bachman said, he is shifting back to the broader issues that he wanted to examine originally.

Although Mr. Bachman’s leaving the pulpit might seem like a rebuke of Park Slope’s wealth—the contrast between the haves and the have nots is hard to ignore—he said the change has more to do with an ethical duty. “I’m not feeling resentment or discomfort with the contrast as much as I’m asking, ‘What is the obligation of those who are fortunate enough to live where they live to always be mindful of those who are less fortunate?’”

Mr. Bachman’s decision appears to come from a more intellectual space rather than an emotional one, which is fitting, given that he seems to be the kind of rabbi who puts a higher priority on the textual than the spiritual.

As close to a punk rocker as one can come in the rabbinical realm—he calls himself a “committed pluralist,” having emerged from the Hillel movement—Mr. Bachman has never really subscribed to the notion of denominations, a relatively recent invention in the history of Judaism. He speaks fluently on a wide range of topics, by no means limited in conversation by his profession. (At lunch, he pivoted from Maya Angelou to Doc Rivers to Eric Dolphy to the Talmud.) So, what may seem to some like a radical break with his current position may, to Mr. Bachman, feel like a reallocation of his intellectual resources. The lines are porous in his world.

Though his congregants are generally disappointed that he won’t be their rabbi anymore, they sympathize with his decision to move on. “The biggest impact Andy had on me was leading by example and teaching me that there are many ways to be Jewish,” said Cara Raich. “I think our congregation is richer for having had him as a rabbi.”

Mr. Bachman is confident the synagogue will continue to thrive without him, even though he’s leaving at what may be an inopportune time for congregants. Recent financial woes at Beth Elohim, brought on by accounting miscalculations, have required staff cuts and other austerity measures, which came the same week Mr. Bachman announced that he wouldn’t renew his contract.

He said he is doing all he can to make sure Beth Elohim gets back on firm footing, cleaning up the budget, adhering to audit schedules and launching mini fundraisers. His decision to step down had nothing to do with the fiscal issues, according to Rob Raich, the synagogue treasurer.

“The only way I could see a connection is if you say a synagogue, by its nature, is a great platform for many things,” he said. “But as Andy looks for really big ideas out there—and he has the talent to do that—different platforms allow different flexibility.”

While it’s too early to say what he’ll be doing next, there are hints. Mr. Bachman recently wrote a blog post in response to the Elliot Rodger shooting in Isla Vista, Calif., titled “Let’s Go to Washington for Gun Control.” Though a march hasn’t yet been planned, Mr. Bachman said the reaction was strong, a testament to his influence. He has also spoken with officials from the Bloomberg administration and members of Bill de Blasio’s cohort, among others, to suss out possibilities.

In the year or so before he leaves Beth Elohim, Mr. Bachman is finishing up a proposal for a book on Judaism in the 21st Century, the precedents for which include Milton Steinberg’s Basic Judaism (1947), Harold Kushner’s To Life! (1994) and Jews: The Essence and Character of a People (1998), by Arthur Hertzberg, a mentor. He is hoping to write a definitive text on what being Jewish means in the modern age.

“I really believe strongly in Jewish identity,” Mr. Bachman said. “That it can obviously be made manifest in the walls of a synagogue but also out in the street. That even if I wind up in a non-Jewish setting, working on housing or homelessness or poverty or gun control, it’s going to be work that’s coming from a very soulful, Jewish place.” 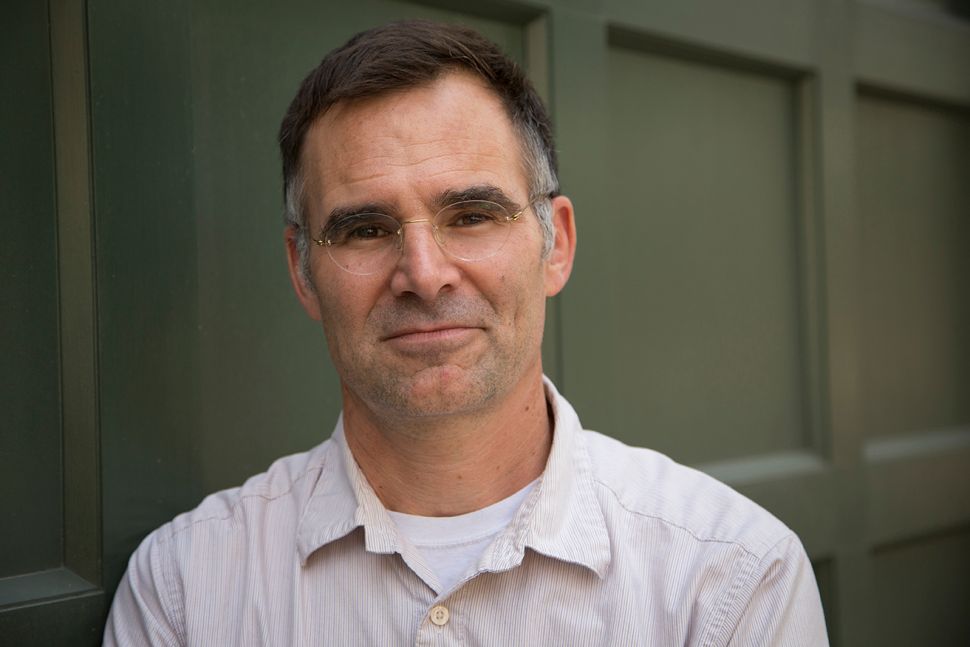