“Well,” a friend said to me the morning that Elaine Stritch’s death made the papers, “I guess Rob Bowman, her poor accompanist, is finally able to draw a free breath!”

“Yeah,” I shot back without thinking, “he’s probably already at Disney World!”

That slipped out, and part of me is ashamed of it. The other part remembers the high-maintenance it took to have any kind of dealings with Elaine. It was never a month in the country with her—unless, of course, that country was Spain during the Inquisition. There was no such thing as a Press Pass with Elaine, and, if you were friends with her friends, that didn’t entitle you to any kind of emotional discount.

I was just recovering from a cold when The Furies flung us together in the backseat of her “Stritchlimo,” motoring uptown from The Public. Her long-time-in-coming Tony-winning vehicle, Elaine Stritch At Liberty, would soon be going the same direction—to Broadway, and I had to do a piece on the transfer, but two questions into the interview her eyes narrowed to slits, and she said the very words that I had been dreading: “Do you have a cold?” Lamely, I replied, “I’m just getting over one.”

It’s possible that there was no actual burning of rubber or screeching of brakes on Park Avenue—it’s possible those are just psychic skid-marks on my brain—but, with head-spinning swiftness, I suddenly found myself in the front seat, poking my tape recorder through a glass partition and picking up things like, “Is it working or not? You keep looking at that damn machine, Harry. Are you getting this or not? I can’t relax if I don’t know it’s taping or not . . .“ (I loved that! She can’t relax!)

Last winter was my last interview with her. She had moved back home to Detroit, surrendering to the city she loved, but not without a struggle—with documentary cameras twirling to beat 60, recording the anguished exit. The result, Elaine Stritch: Shoot Me, was now poised for release, and I dutifully fell into the ballyhoo line. 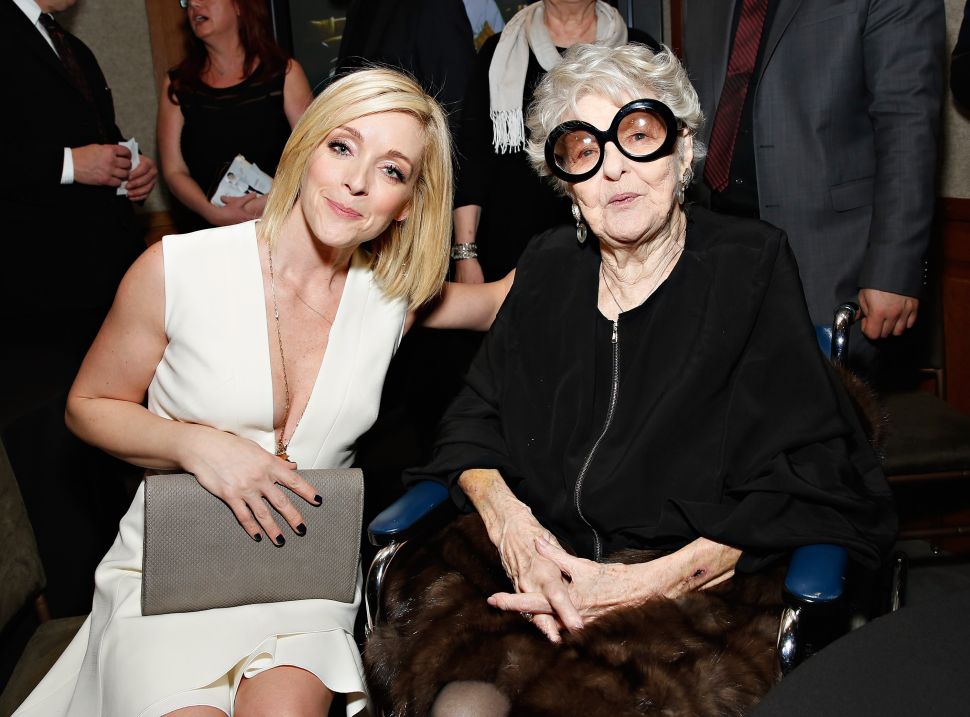