If you’re running for re-election as governor of New York and you’re hoping to roll up a victory that will capture the attention of the national media, there are several scenarios you’d prefer to avoid. You wouldn’t want a nasty, prolonged budget battle. You wouldn’t want an independent commission poking around the state Capitol, looking for egregious ethical lapses.

And you wouldn’t want middle-class commuters from the politically powerful suburbs blaming you for a commuter rail strike.

Andrew Cuomo has managed to avoid all of those bad-news scenarios.

First, he made sure there were no budgetary fireworks this year. Republicans who shared control of the state Senate with a now-dissolved coalition of independent Democrats apparently saw nothing to gain by confronting Mr. Cuomo. And the governor found somebody to rid him of a meddlesome Moreland Commission investigation—he woke up one morning and took a look in the mirror. He dissolved the investigation by fiat.

A Long Island Railroad strike would have tested the summer patience of tens of thousands of commuters from the voter-rich suburbs of Nassau and Suffolk counties. As a deadline approached on July 20, the rhetoric from the Metropolitan Transportation Authority—the LIRR’s parent agency—and the railroad’s union seemed to leave little room for a face-saving compromise.

Enter Mr. Cuomo, with Hollywood-style timing. As the MTA issued doomsday advisories and office workers tried to negotiate telecommuting arrangements with their employers, the governor stepped in, banged a few heads together, and—viola!—peace and harmony returned to the rails.

It was a satisfactory conclusion to the drama, reminiscent of the way in which Mr. Cuomo and his counterpart in New Jersey, Chris Christie, stepped in at the last minute several years ago to avert an unconscionable hike in Port Authority tolls. The two governors made sure that didn’t happen—but, as we learned in the aftermath of the Bridgegate scandal, the hype over the toll hike was carefully orchestrated to produce two heroes: Mr. Cuomo and Mr. Christie.

That’s not to say the drama on Long Island was written for the express purpose of enhancing the governor’s heroic credentials just months before voters go to the polls. Only the hopelessly cynical would suggest such a thing.

Mr. Cuomo’s intervention certainly seemed to provide the spark needed to bring a heightened sense of urgency to the talks. And Mr. Cuomo persuaded union leaders to accept a provision calling for LIRR workers to pay 2 percent of their healthcare benefits. That’s not a lot, but it’s 2 percent more than many municipal workers pay. (In exchange, the workers will get 17 percent raises over six and a half years. Fares will not increase as a result, or so we are told.)

So there was no strike. Mr. Cuomo’s year of not living dangerously continues. 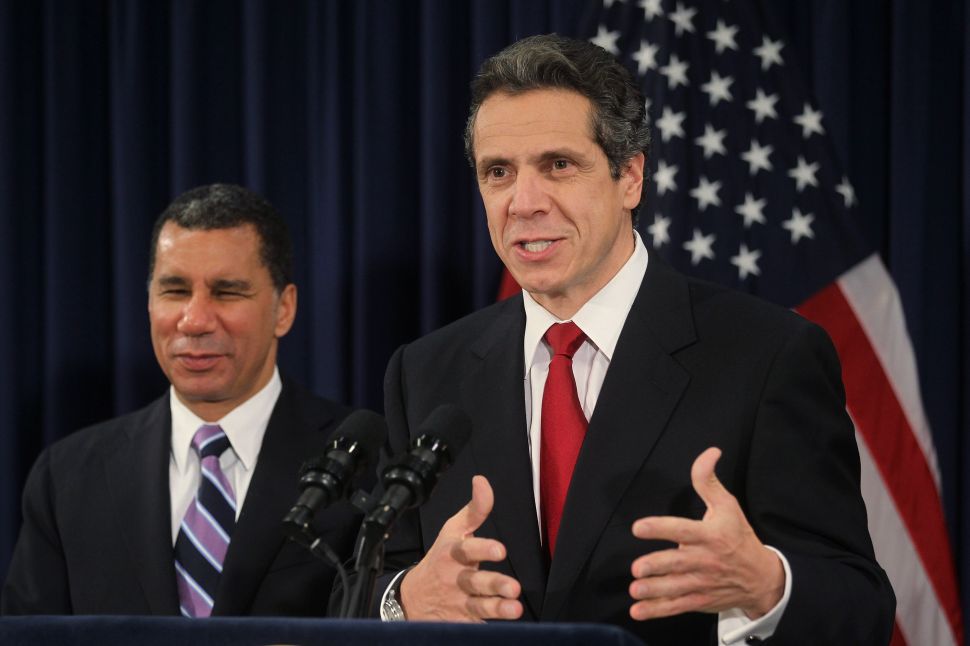