Acting Attorney General John J. Hoffman announced that a former top official of the East Orange Water Commission (EOWC) pleaded guilty today to conspiring to manipulate testing of the agency’s water supply to falsify results and report lower levels of a regulated contaminant in the drinking water supplied to customers.

William Mowell, 52, of Wyckoff, the former assistant executive director and engineer for the EOWC, pleaded guilty to a charge of second-degree conspiracy before Superior Court Judge Carolyn Wright in Essex County.  Mowell was indicted on Feb. 12, 2013, along with Harry L. Mansmann, the former executive director of the EOWC.  Mansmann is now deceased.  Mowell pleaded guilty to a charge that he conspired to engage in a pattern of official misconduct, tamper with public records, and violate both the New Jersey Safe Drinking Water Act and the New Jersey Water Pollution Control Act.  Under the plea agreement, the state will recommend that Mowell be sentenced to three years in state prison.  Judge Wright scheduled sentencing for Mowell for Nov. 7.

In pleading guilty, Howell admitted that he conspired with Mansmann to falsify mandatory testing of the EOWC’s water supply to hide elevated levels of the contaminant tetrachlorethene (PERC), an industrial solvent used for dry cleaning and other purposes which is classified as a probable carcinogen.

Deputy Attorney General Phillip Leahy prosecuted the case and took the guilty plea for the Environmental Crimes Unit of the Division of Criminal Justice Specialized Crimes Bureau.  The charges stemmed from an investigation by the Division of Criminal Justice, which began with a referral from the State Department of Environmental Protection (DEP) Compliance & Enforcement Program.

“Mowell had a duty to ensure the quality and safety of the drinking water supplied to tens of thousands of residents, and instead he deliberately falsified test results to cover up elevated levels of a potential carcinogen,” said Acting Attorney General Hoffman.  “He showed a complete disregard for the people he served and the harm that might have resulted from his conduct.”

“Mowell should have used his expertise to act as an environmental watchdog, protecting the water supply and alerting the DEP and the public of problems,” said Director Elie Honig of the Division of Criminal Justice.  “However, he chose to use his knowledge and skills to cover up a significant contamination issue.  Prison is the right punishment for this type of environmental crime.”

“We have a high standard of accountability in this state when it comes to the safety and reliability of drinking water,” said Department of Environmental Protection Commissioner Bob Martin. “It is imperative that water providers maintain and provide to us accurate records of water system operations. Any deviation from those standards is a violation of the public trust.”

The EOWC supplies drinking water to East Orange and also has a contract to supply drinking water to South Orange.  The water is pumped from well fields in eastern Morris and western Essex counties through a pumping station in Millburn to two reservoirs, from which water is distributed to customers.  The utility blends water from its various wells at its treatment plant before water is distributed to customers.  The EOWC had encountered problems with elevated levels of PERC in several wells.

In pleading guilty, Mowell admitted that he took water samples for testing after the contaminated wells had been turned off for several days.  He admitted that he knew that meant that the test results would not accurately reflect the water supply once those wells were turned back on for pumping to the reservoir.  In this manner, he falsified test results to comply with the DEP requirement that the running annual average level of PERC under normal operating conditions not exceed 1 microgram per liter (ug/L) or part per billion (results up to 1.49 ug/L are rounded down to 1).  The false sampling occurred in March and April 2011.

The state’s investigation also revealed that the defendants, in an effort to flush out PERC, directed that the well with the most contamination – which had been found to have PERC levels as high as 25 times the permitted level under the New Jersey Safe Drinking Water Act and nearly twice the level permitted for discharges in connection with remediation projects under the New Jersey Water Pollution Control Act – be pumped to a pipe that discharged directly onto the bank of the Passaic River in Florham Park from March 24 through April 20, 2011.  In pleading guilty, Mowell admitted that he and Mansmann had water from that well pumped to the bank of the river during that period.

Mowell further admitted that when the DEP required the EOWC to issue a public notice about non-compliant PERC levels in the system, he and Mansmann issued a notice in July 2011 falsely stating that the EOWC had reduced pumping from certain wells on an ongoing basis and, as a result, tests during the first half of 2011 revealed levels under the DEP limit. In fact, they only reduced pumping from contaminated wells temporarily for sampling, and PERC levels had exceeded the limit.

By making it appear that the water system was in compliance with regulations, Mowell and Mansmann sought to enable the EOWC to avoid the need to build an expensive “air stripper” water purification plant to remove volatile organic compounds (VOCs), including PERC, from the system’s water supply.  The EOWC currently is proceeding with plans to build such a treatment plant.

The DEP has done independent testing of the East Orange water system, showing the water quality for residents of East Orange and South Orange to be safe. The DEP is continuing to closely monitor the water system to ensure that continued safety. 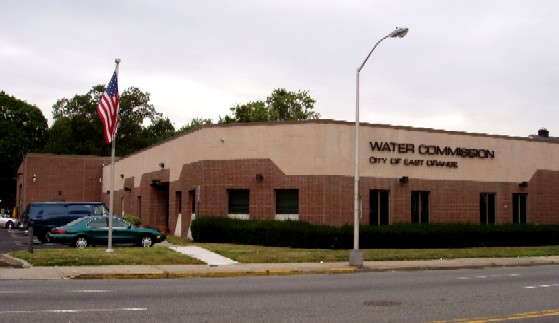