Only the conversation topic of Andy Warhol could lure to East Hampton, on a Sunday morning no less, such a stacked panel of the big guys: Peter Brant, Alberto Mugrabi, Aby Rosen, Larry Gagosian, Whitney chief curator Donna De Salvo, and Factory superstar Jane Holzer. One had to doubt whether all would actually show up. Yet, there they were all at Guild Hall, all eager to discuss all things Warhol. And they came to talk with a moderator who has been, at various times, Warhol’s biographer, nurse, magazine editor, party pal, lackey, leader, wingman, acolyte, enemy, scourge—Bob Colacello.

And so an audience of mostly Warhol-aged Hamptonites filled the auditorium for the talk, “Andy Warhol: Global Phenomenon,” which was presented by the Foundation for Art and Preservation in Embassies.

Mr. Gagosian began the discussion with an anecdote about stopping by for lunch at the Factory with Warhol and his business manager Fred Hughes, where he was served a lunch that was nothing if not simple, American, Warholian: baloney sandwiches and diet soda. The dealer reminisced about how easy it was to broker a sale back then, recalling how he saw a 1962 work of a black and white Coca-Cola bottle on the wall during the meal. “I just casually mentioned to Fred or Andy, ‘Do you want to sell this painting?’ It was just hanging there,” recalled Mr. Gagosian. “I said, ‘How much?’ And they said, ‘Well…’ then they talked for a minute and came up with a price, and we did a deal.” Mr. Gagosian couldn’t afford the painting, but he immediately knew of a client who would be interested. It was sold later that afternoon.

(These days, one acquires a Warhol by flying to Basel and dropping $30 million in the opening minutes of an art fair.)

“When you worked for Andy, you ended up selling art because you got a commission and the salaries were so low,” recalled Mr. Colacello, calling the Factory a “mom and pop shop, with Andy as pop, and Fred, I guess, as mom.”

The other panelists agreed that Warhol was not, in fact, pulling a fast one when he said “making money is art, and good business is the best art.” “He actually naturally had the most acumen for business,” recalled Mr. Brant. “He generally knew what the right decision was.” Ms. De Salvo later agreed. “His capacity to understand what the client wanted was so superb,” she said.

Mr. Colacello, when trying to size up the global fascination with the man his closest friends called “Drella”—a combination of Dracula and Cinderella—asked the panelists, “Why Warhol?”

“In my opinion Warhol translates the American culture like no one else does,” responded Mr. Mugrabi, who with his father and brothers own more Warhols than anyone else on earth.

“When you have an opening it felt like there was a living artist, there in a way,” added Mr. Gagosian. “There was something about the coolness of Andy Warhol that was irresistible. The personality, the lifestyle and the imagery created an incredibly cool image of American culture.”

The high-wattage crew on stage went long on Warhol’s bizarre social eccentricities, specifically his extreme shyness with strangers, fear of germs and disdain for being touched. “There was a new theory out that Andy was sort of Asperger’s,” Mr. Colacello told the audience, who rejected that idea with a collective whisper of “Noooooooo!”

They touched upon the inevitable, Warhol’s obsession with celebrity. Mr. Colacello recounted a particular anecdote: after the two of them left a Broadway show, they entered into the scrum of autograph collectors who swarmed the theater doors, causing Mr. Colacello to sneer at the desperate, worthless masses. Warhol, though, intoned, “Don’t say that, Bob, that would be me if I hadn’t become a famous artist.”

Another topic: his deep feeling of rejection from the art world during his lifetime. “He suffered a great deal,” said Mr. Brant. And as for why, in general, they collected his work, Ms. Holzer said simply, “They made me happy.

The most bonkers revelations came from Mr. Colacello as he discussed Warhol’s hesitance to express political opinion. For instance, he only did the Nixon posters because Lee Radziwill and Jackie Kennedy forced him to. And then the big reveal, this time about the Warhol work Für Die Grünen. “When Joseph Beuys said he had to do a poster for the Green Party, to get around that, he’d have me sign them,” said Mr. Colacello.

Hold on. Those famed posters supporting the German Green Party that Beuys forced Warhol to sign himself, thereby turning propaganda for Beuys’s beloved political faction into a quite effective work of art—that was really just Bob Colacello all along?

Does that mean the price of those late ‘70s posters, one of which is currently in the collection of the Tate Modern, will go down? Dealers and collectors, watch out. 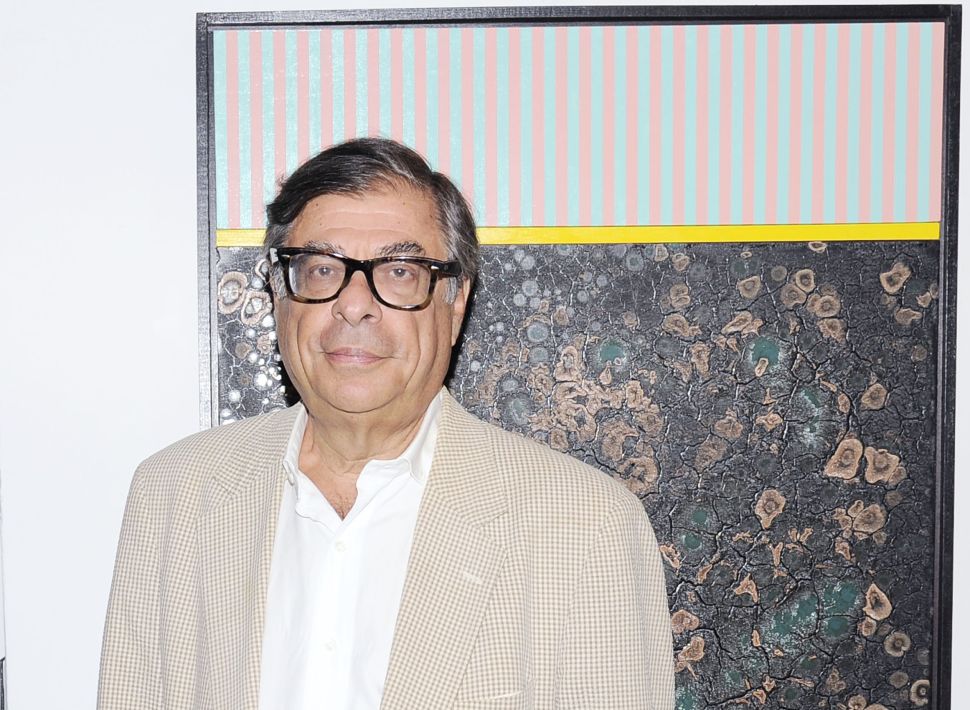