They don’t want any bricks in the Wal.

An anti-Walmart coalition and a Queens councilman are announcing a campaign today to keep Walmart, the big box superstore, out of a proposed residential and retail development in Astoria, Queens. It’s not clear yet if Walmart, thwarted before from building in New York City because of its anti-union approach, is planning on an attempt to bring a store to the 2.2 million square foot and 1,700 unit waterfront and retail complex known as Astoria Cove.

“Workers, consumers, and local businesses in Astoria need a retail component that preserves the small-business character of our community. Astoria Cove should prioritize employers that meet the highest standards,” Councilman Costa Constantinides, the area’s representative, said in a statement to the Observer. “The retail component of Astoria Cove should help build entrepreneurship both inside the development and within the greater Astoria community.”

Mr. Constantinides already signed onto an open letter from various City Council members condemning Walmart for flooding the city with philanthropic dollars. The campaign against Walmart, known as Walmart Free-NYC, comes as Astoria Cove wends its way through the city’s Uniform Land Use Review Procedure: Queens Borough President Melinda Katz is holding a hearing on the project today.

Walmart, which has locations bordering the city, tried and failed recently to bring a store to East New York in Brooklyn. Labor groups, along with Democratic elected officials, railed against the superstore chain for the relatively low wages it pays its workers and its drive to crush unionization efforts.

“Whenever Walmart enters a new community, it’s a huge loss for the people who live and work there. The retail giant has a history of killing good local jobs, undermining small businesses, restricting consumer choice, and paying workers poverty-wages. We won’t let Walmart destroy Astoria,” said Audrey Sasson, the director of Walmart-Free NYC. “The people of Astoria deserve better. Astoria Cove should only include responsible retailers with a track record of creating good jobs and treating workers fairly.”

The Department of City Planning recently certified Astoria Cove, a crucial component of Mayor Bill de Blasio’s plan to build 200,000 units of affordable housing, for review. The community board voted the project down, however, and the left-leaning City Council still needs to vet it.

Various liberal groups and coalitions, including Walmart-Free NYC, New York Communities for Change and Real Affordability for All, are hoping that Astoria Cove doesn’t lead to the further gentrification of western Queens, where real estate prices continue to rise. They want half the units below market rate, far more than the developer is pushing for, and higher wages for the workers on the project. The groups also want the developer to agree to not interfere with union organizing in exchange for workers agreeing not to picket or disrupt the flow of business.

A spokesman for Walmart slammed Walmart Free-NYC’s Astoria campaign as “another stunt.”

“We appreciate when our critics consider us as a good fit for a for a site in NYC, especially when you consider that a lot of the people that live in Astoria Cove are already Walmart shoppers, given they order online or visit our stores in Long Island to get the affordable prices they are looking for,” stated William Wertz, a spokesman for Walmart. “Unfortunately, this is just another stunt from a special interest to gain attention.” 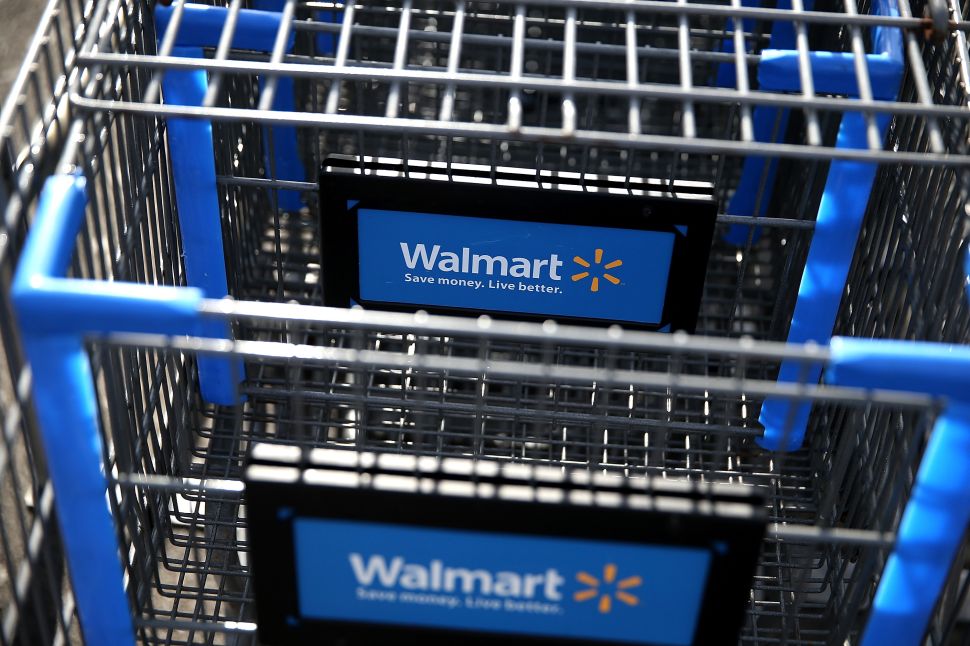