Arthur Gregg Sulzberger will become senior editor for strategy, executive editor Dean Baquet announced this afternoon. Mr. Sulzberger, who is the son of Times publisher Arthur Sulzberger Jr, was the lead author of the Times Innovation Report that leaked earlier this year.

“In a nutshell, Arthur will aggressively search for the trends and developments in the industry — from the way people read us as they bounce from mobile to print, to the most Timesian way of finding and grooming a new and bigger audience,” Mr. Baquet wrote.

Prior to getting hired as a metro reporter by the family newspaper in 2009, the young Mr. Sulzberger did reporting stints at The Providence Journal (he graduated from Brown University in 2002) and The Oregonian. He spent two years in Kansas City, where he reopened the Times bureau, before returning to New York in 2012 as an editor on the metro desk. Last summer, Mr. Sulzberger became the editor in charge of a new ideas task force, which was tasked with writing the lengthy innovation report.

Since it was released last Spring, our innovation report has been hailed as an important piece of strategic thinking about how The Times can take its fate into its own hands and draw more readers for our powerful journalism.

So it should come as no surprise that the person who will help make sure the report’s proposals become reality, we’ve settled on its lead author — Arthur Gregg Sulzberger, who will become a Senior Editor for Strategy.

In a nutshell, Arthur will aggressively search for the trends and developments in the industry — from the way people read us as they bounce from mobile to print, to the most Timesian way of finding and grooming a new and bigger audience. He will assemble a small group of people — perhaps three — from inside and outside the newsroom and they will coordinate with Will Bardeen’s company-wide strategy operation. In fact, at least one member of Will’s team will be part of Arthur’s group.

Arthur will report to me. But his first task will be to help the newsroom’s leaders and Andy Rosenthal build a joint newsroom-editorial page audience development operation that can pull all the levers and build readership. This will be another shared resource like photography, video and news design.

One reason the innovation report was a success was that it was based on good reporting by some of our best journalists. So Arthur and his team will continue to be practically-minded advisers, developing strategies to make sure that our best enterprise and news coverage — all that makes us special — find the most readers.

Before joining The Times, Arthur worked as a reporter for the Providence Journal and the Oregonian. He joined the metro desk in 2009, where he worked for City Room and later covered Federal court.

He reopened the Kansas City bureau, and spent two years as one of our finest national correspondents. He was an editor on metro where, among other assignments, he was deeply involved in our series on the failings of the Bronx court system. 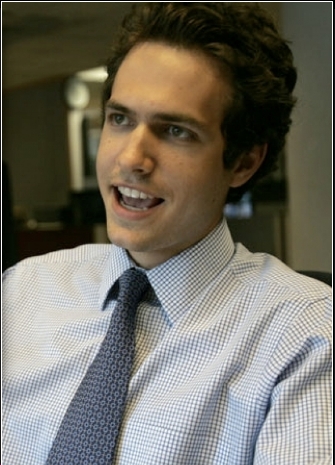