NEWARK – Newark Mayor Ras Baraka referred to one of America’s greatest civil rights heroes when asked how he would negotiate with Gov. Chris Christie for additional state aid.

“We’re going to do a little Martin Luther King [Jr.] – we’re going to wear him down with love,” said Baraka to a crowd of about 100 people on Wednesday, while at the Newark Public Library to discuss the administration’s transition team report outlining Baraka’s first 100-day plan for Newark. “We’re going to wear him down with that. At the end of the day, we’re just trying to improve the city. There is nothing political about what we’re trying to do here.” 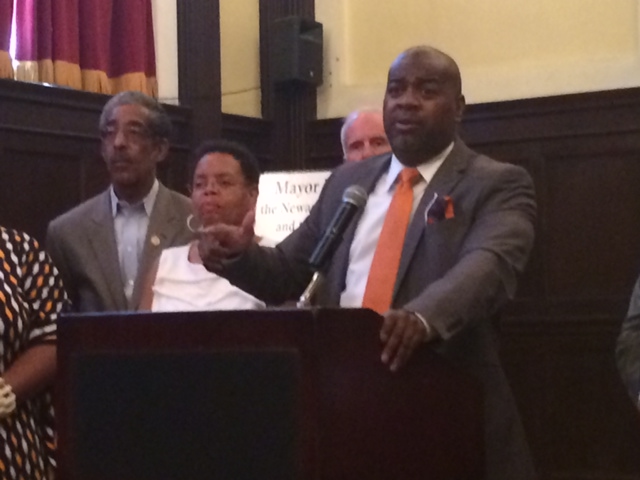