“I’m the adult in the room,” Christie declared, a reference to the Statehouse, moments after his entourage of black SUVs tore up the gravel drive and deposited the head of the Republican Governors Association (and Governor of New Jersey) at the end of a ramp amid local, salt-tinged cheers.

The gazebo faced a section of beach complete with floundering families splashing one another with water as the governor splashed oratorical kerosene on the state capitol and its Democratic Party apologists in this breathless pit stop by the sea sandwiched between national RGA jet-stops.

He slapped down familiar statewide Democrats from the past – Gov. Jim Florio and Gov. Jim McGreevey among them – winning early laughter as he mapped out the context for the current mess, decrying the wealth those past governors drove out of the state with their budgeting priorities.

His father sat in the front row as the governor, down from a campaign swing through Connecticut yesterday evening – identified the problem of public sector worker pensions.

“The bottom line is it will have to be a reduction of benefits,” Christie said, when asked to identify how he intends to close a pension gap to get the state on sound fiscal footing.

“No matter what I propose it will be roundly criticized,” the governor added, peppering his remarks throughout with asides to Trenton Democrats’ inability to grasp the fundamentals, and their eagerness to deliver “80-90 Bills” to his desk in relieved private knowledge of the governor’s history of squashing their legislative machinations.

“Some people just vote for [them] because they know I’m the adult in the room and I’m going to say no,” he explained.

At this town hall –the governor’s 124th – Christie didn’t limit himself to Trenton talk, however.

Refining a messgage of leadership, admitting decisions on budgeting finally come down to him and to his ability to convince others to be with him, he drove some elbows on President Barack Obama on immigration – “The president has done an awful job,” he said – and ladled a healthy serving of midwest-tested “folks” references in his address to a crowd of South Jersey types.

“The president doesn’t seem interested in making people comply with the law,” he said, again on immigration, citing a call he and other governors were on earlier today to discuss immigration reform.

“You’d have to ask him, he wasn’t on the call,” Christie said when a woman asked for specifics from the Obama Administration.

“The Governor cannot and should not be allowed to disregard the constitutional requirement and the New Jersey Law requiring pension payments,” Marno said. “Balancing the state’s budget by not making the required pension payment and spending the money elsewhere is both irresponsible and a failure of the Governor’s fiduciary responsibility. The Professional Firefighters Association of New Jersey views this latest attack on its members as yet another charade by Christie to distort the facts on New Jersey’s pensions just to keep attention off of his own questionable actions as governor. Rest assured that your State Association has the full support of the entire IAFF and will stand strong against all attacks from Chris Christie.”

In the gazebo, one man rose and insisted on getting the governor to sign a glossy picture of his granddaughter with the governor.

Handed a Sharpie pen by a staffer, Christie complied with a flourish.

There were claps – and critiques from the Statehouse.

“For the state’s wealthy residents, it has been ‘No Pain But All Gain,’” groused state Sen. Paul Sarlo (D-36), referring to the name of Christie’s latest tent show tour. “Under this governor, millionaires have received tax breaks as their incomes have grown disproportionately when compared to middle and working class residents. Businesses have reaped significant tax savings and record profits while the state’s job recovery has lagged behind the rest of the nation. And for middle and working class families, it’s been ‘All Pain But No Gain.’ They’ve seen their property tax rebates slashed, resulting in 20 percent spikes in the actual amount they pay. Working class families have painfully done without their full Earned Income Tax Credit, slashed by the governor. Public workers  have lived up to the reform agreement and are  paying more for their retirement benefits while Gov. Christie has failed to live up to his promise and fully fund the pension system.

“The governor should abandon the misleading rhetoric and get real about his responsibility in creating the state’s serious fiscal and economic problems,” the Senate Budget chair added. “We sent him a plan that balanced the budget, met our obligations and restored financial integrity to the pension system – but he rejected it.” 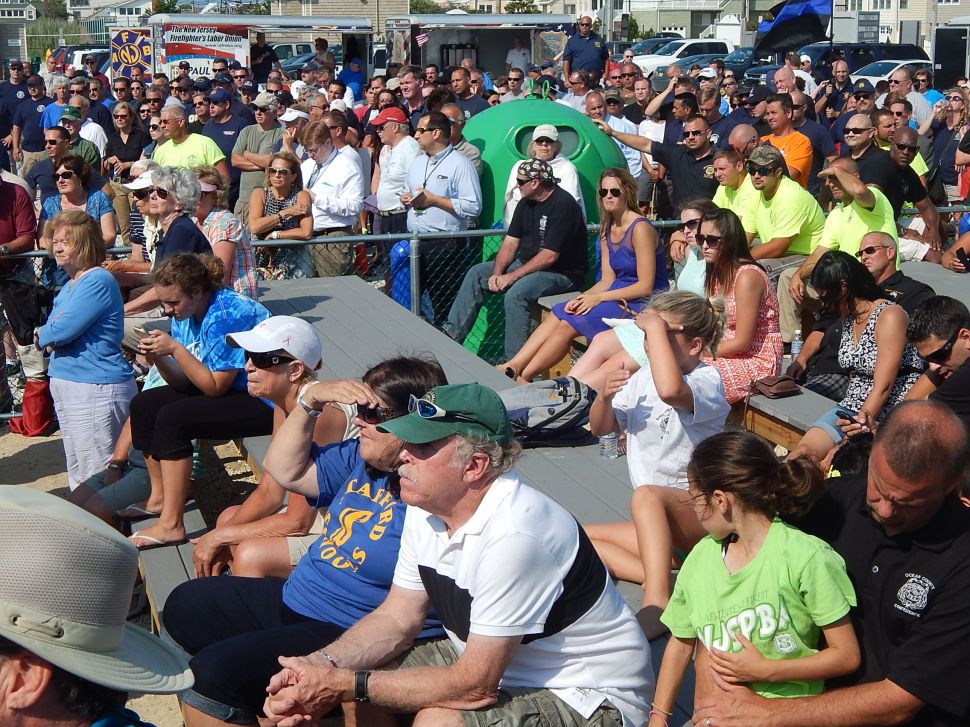