Police Commissioner Bill Bratton is still optimistic the city can close out 2014 with under 300 homicides–but if murders or shootings increase for 2014 compared to last year, he said he wouldn’t consider it a failure.

“No, in the sense that policing is, in this city, always about using information to assign our resources to end up with a positive result. But the reality is that we are not totally in control of those results,” Mr. Bratton said at a press conference regarding the NYPD’s plan to move more than 300 cops into neighborhoods with the most shootings.

An increase in shooting incidents compared to this time last year–murders are still down year-to-date compared to 2013–has garnered considerable press attention, and drawn commentary from some city Republicans and others claiming the spike is due to a decrease in the use of stop and frisk.

But Mr. Bratton, who spoke alongside charts showing past years where shootings have gone up only to continue an overall downward trend, swatted down rhetoric that the city was returning to its more dangerous days.

“I do not anticipate at the end of the year that we’re going to have an increase, but if we do, I don’t think it’s going to be so significant to be of concern–the idea that the sky is falling, or that the good-old-bad days are coming back again, not at all. This is an incredibly safe city,” Mr. Bratton said.

While Mr. Bratton said the department is always concerned about any spike in crime, he dismissed the idea that the city was “in crisis” or that “this is starting to get out of control.”

“As you can see in years past, we’ve had years where homicides went up, years past where shootings went up,” Mr. Bratton said. “The city didn’t fall apart. It wasn’t the end of the world. We addressed it, the next year it went down.”

This summer the NYPD will move 313 officers from desk jobs to high crime precincts, where they’ll walk the beat, Mr. Bratton announced at the press conference. Another 25 to 30 extra cops will shift to Operation Impact, which also targets high-crime spots, and Mr. Bratton noted many of the young officers who recently graduated the Police Academy would also be in high-crime neighborhoods.

But police unions and others–including City Council members behind a failed bid for 1,000 new police officers in the city budget–have argued the solution is adding more cops to the department’s ranks, rather than moving them around.

But this time, he didn’t rule out the idea that he might need more cops in the future.

“I have talked with the mayor, that at the end of this summer if the reorganization that we are going through, the resource allocation initiatives that we’re engaged in, if we come out of the summer and crime has gone up, or the sense that somehow or another safety is deteriorating in the city, I’d be perfectly, then, in a position to go back and say, ‘Jeez, I do need more cops,'” he said. 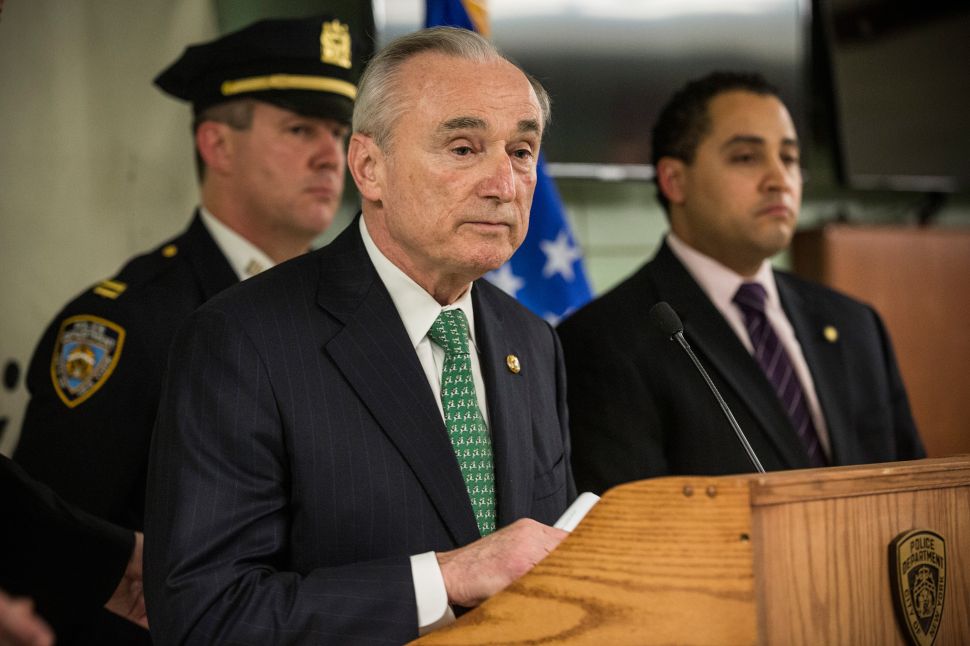