“Throughout this past session, Sen. Jeff Klein and Sen. Tony Avella worked tirelessly on behalf of the residents of New York City and helped make progress on issues that had been stalled for far too long,” Mr. de Blasio said in a statement. “With their leadership, we secured a record increase in funding for universal Pre-K, a fair budget for New York City, needed property tax relief for victims of Hurricane Sandy, and the changes we need to save lives and improve street safety.”

The endorsement also comes as the IDC, currently governing the State Senate with the Republican Party, agreed to break their ties with the GOP and work with the Democrats after the fall elections. Mr. de Blasio worked behind-the-scenes to broker an agreement between the five-member IDC conference, led by Mr. Klein, and the Democrats.

Mr. de Blasio, a liberal Democrat, believes it’s essential to weaken the GOP in order to enact his agenda, much of which is dependent on Albany and is less popular in many of the upstate and suburban districts that Republican senators represent.

The endorsement, if it doesn’t weaken the actual bids by the challengers to Mr. Klein and Mr. Avella, at least weakens their rationales. Former Comptroller John Liu and former Councilman Oliver Koppell are challenging Mr. Avella and Mr. Klein respectively; each based their campaigns on the decisions of their rivals to enter into a coalition that empowered Republicans and in turn helped keep mainline Democrats in the minority.

Even after Mr. de Blasio’s endorsement, Mr. Liu and Mr. Koppell’s campaigns are expected to continue. The Queens Democratic Party, as well as several labor unions, still support Mr. Liu. Mr. Koppell has missed out on much of the labor support he believed was coming to him but argued today that he doesn’t trust Mr. Klein to power-share with the Democratic Party.

“I’m not surprised at the mayor’s endorsement, because of the deal announced about a week ago,” Mr. Koppell told the Observer. “The deal was made under objectionable conditions. It’s an example of extortion. Klein is extorting a position he would not otherwise have.”

“Do I have confidence that they’ll remain loyal to the Democratic conference? No, I don’t have confidence in that,” he added. “It made me think about it, but I’m not dropping out.”

Mr. Liu’s campaign was not worried about the endorsement.

“Every day, John Liu is earning more and more support from elected officials, community and faith leaders, parents and everyday people representing every corner of the 11th Senate District because voters are hungry for real, effective Democratic leadership,” said James Freedland, a spokesman for Mr. Liu. 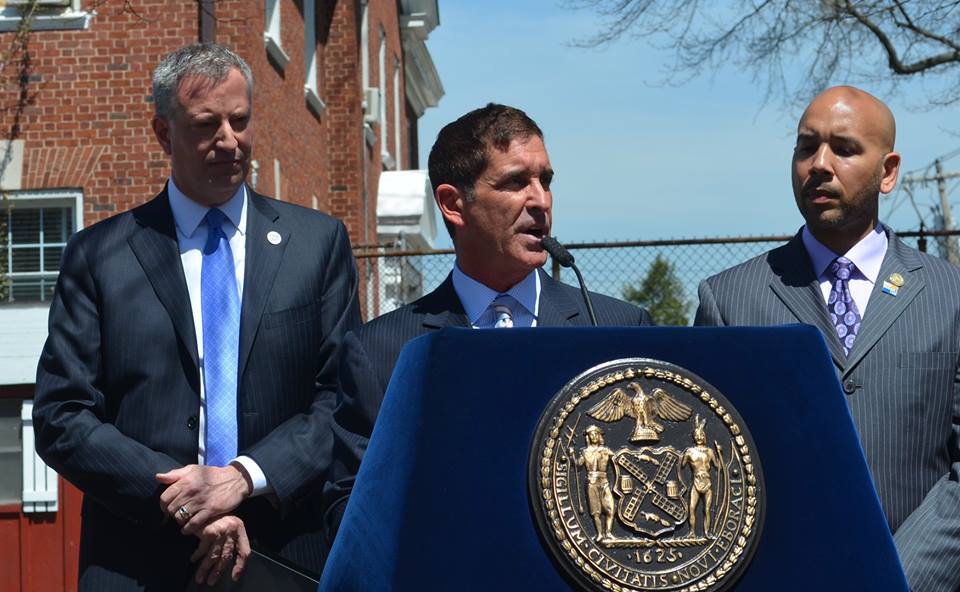