TRENTON –  State Assembly Republican Minority Leader Jon Bramnick (R-21) called on the Select Committee of Investigation (SCI) to look into a report that the Newark school district spent $22,000 per month for 15 months on catered meals and take-out food. The school district, mainly funded by taxpayers throughout the state, has a $42 million budget gap.

“The misuse of taxpayer funds is an abuse of power,” said Bramnick in a written statement. “Those responsible for approving this spending must be held accountable. [SCI] Chairman [John] Wisniewski must investigate how this happened. Taxpayers deserve answers on how those in charge let reckless spending like this take place.”

According to a report Wednesday on NBC New York’s website, a review of district spending over a 15-month period ending in May found that Newark administrators spent more than $330,000, or an average of about $22,000 a month, on take-out and catering. These alleged expenditures were incurred despite the fact the school district, led by state-appointed Newark School Superintendent Cami Anderson, has a $42 million budget deficit. 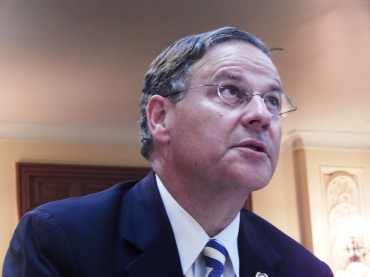