TRENTON – Minutes before the Legislative Select Committee on Investigation began its questioning of Chris Christie’s incoming Chief of Staff Regina Egea here today, two Republican lawmakers on the committee called for an end to the man hunt.

Assemblywoman Amy Handlin (R-13) and state Sen. Jon Bramnick (R-21) asked why the committee, led by chairman John Wisniewski (D-19), has yet to turn up concrete results on what caused last year’s lane closings on the George Washington Bridge despite already hearing from a number of top Chris Christie aides.

“So that begs the question, what exactly was he doing?,” Hadnlin asked of Wisniewski. “Why do we have to come in here and tie up our own staff and keep the meter running when we have nothing to show for it, and there’s no end in sight?”

“If we want to just extend the pain then let’s talk honestly about it — if we don’t then we ought to send [Counsel Reid Schar] on an extended summer vacation, and we ought to give the taxpayers a vacation from the apparently endless costs of this committee,” she added.  “We need to take an account of those costs and collectively make a decision to either show … where we’re going, or stop this.”

Bramnick and Handlin blasted the committee for wasting taxpayer money.

“It appears that the us attorney is trying to turn of the John Wisniewski show, but John Wisniewski doesn’t want to turn the lights out. He wants to continue to spend despite the fact the investigations [haven’t turned up anything]. My reading is: don’t call any of these people, because what’s the next step? Stop the politicians investigating politicians,” Bramnick said.

Handlin earlier this week asked the committee to subpeona Fulop and the city’s police chief.

“Is the Holland Tunnel somehow less important than the George Washington Bridge? Or is the problem really that the mayor of Jersey City is a Democrat and the Governor is Republican?,” Handlin asked. 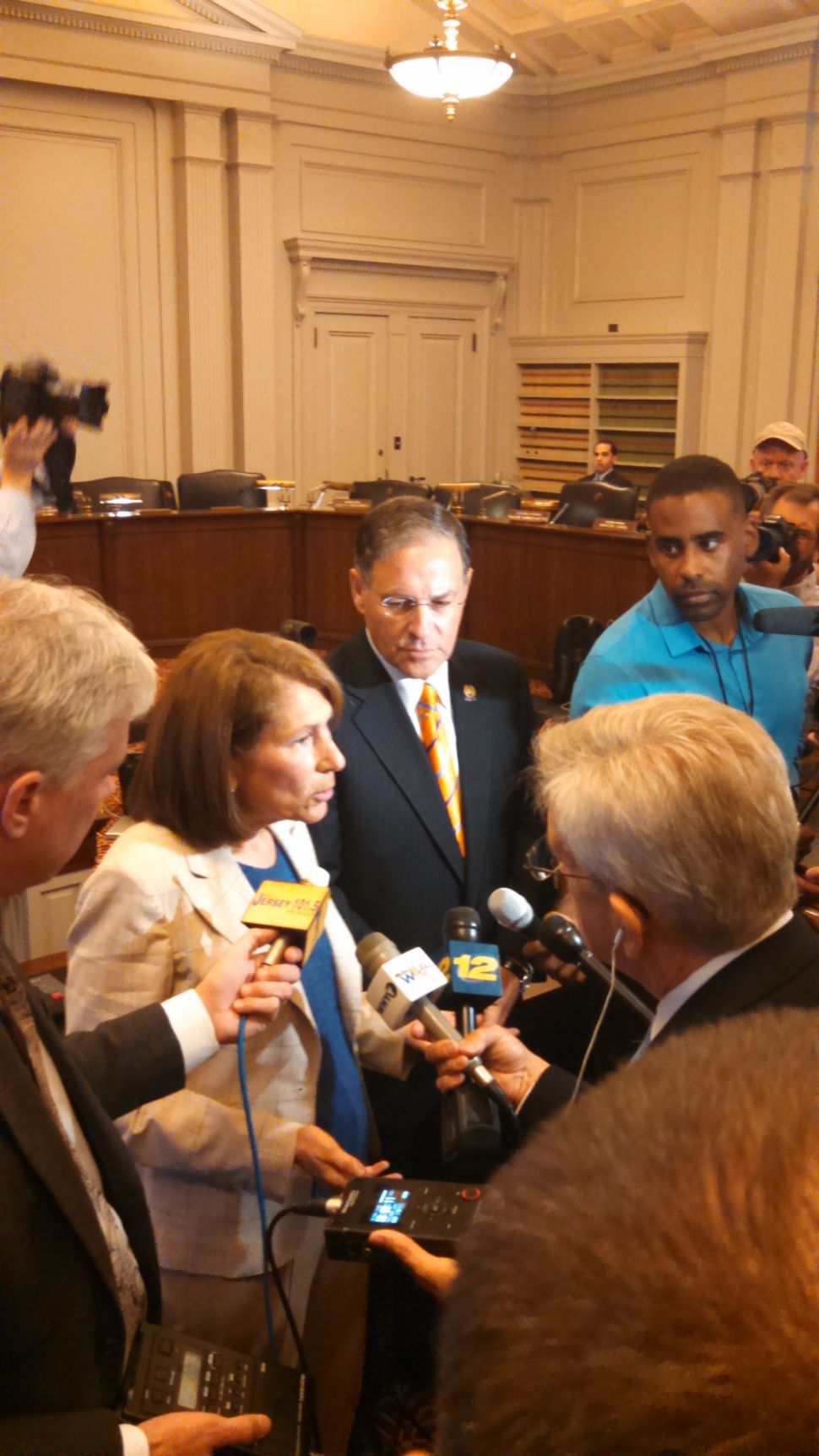