PATERSON – They say it’s tough to get a decent slice of pizza in the south.

“There’s no pasta, that’s for sure,” cracked Jerry Speziale.

No offense to Prichard, Alabama, but Speziale wants to come home.

The former Passaic County Sheriff who fell out of favor with the Democratic Party establishment, bounced into a pair of blues at the Port Authority of New York and New Jersey on a GOP deal, and then ended up in a chief’s uniform in the Yellowhammer State as he dealt with personal heartbreak, is returning to Paterson as police director in the administration of Mayor Jose “Joey” Torres.

He and Torres found themselves similarly out of the good graces of former friends.

Speziale cut a Youtube ad for Torres during a bitter campaign in which the former mayor took on the party establishment led by Chairman John Currie.

The sheriff warred in the backrooms with Currie before bailing on a 2010 re-election bid, leaving the chairman, U.S. Rep. Bill Pascrell (D-9), and the Democratic Party in the lurch.

Now the kid who grew up playing on the floor in his father’s barbershop on Market and Main streets in Paterson and spent his later years in Wayne says he’s hitting the ground running tomorrow in the Torres Administration.

“I’m coming home,” he told PolitickerNJ. “It’s bittersweet. I had a great run of nine months in Prichard. We reduced crime 150%. I legitimized the department. There are blacks and whites all over the place. The mayor is a gentleman.

“The problem is Alabama,” added the former undercover agent with the U.S. Drug Enforcement Administration (DEA) and retired NYD detective. “I’m a Paterson boy. It’s been 33 years and I’ve come full circle. I’ve come back around, and to be able to be here and to do police work free of politics – because this is not an elected job, it’s an appointed job – is a great thing.”

Speziale said he spoke to the man who replaced him, Sheriff Richard Berdnik, and asked for him to assist in making a safer Paterson.

“What I want is open communication, talking to every level, looking for every resource allocation to determine what kind of funding is out there for hot spot policing,” he said. “I’ll bring in technology. In Paterson, everything is on paper. You’ve got officers writing in 2014 on paper; tied up writing. In a bankrupt city, Prichard, I changed that. Now an officer does that electronically and a ticket automatically gets sent to the court. Think about the time, the savings.

“This is not about politics,” added the lawman, elected sheriff of Passaic three times, starting in 2001. “I want a safer Paterson. This is what I am. I’m an urban policing guy. An urban policing specialist. That’s what I love. I love fighting crime.”

Unhappy at the Port Authority, Speziale wound up in Prichard after becoming a finalist for jobs in Cincinnati and Miami. He turned down a job in Hazelton, Pa. for the better family health benefits package in Prichard, he said.

After a long illness, his wife Maggie died earlier this year.

“I’ve groomed someone for the future in Prichard,” Speziale said. “They were very good to me. The police officers – I respect them. Prichard PD is a great police department.”

According to ELEC, the former sheriff still has some cash in his account, $500K at last glance. 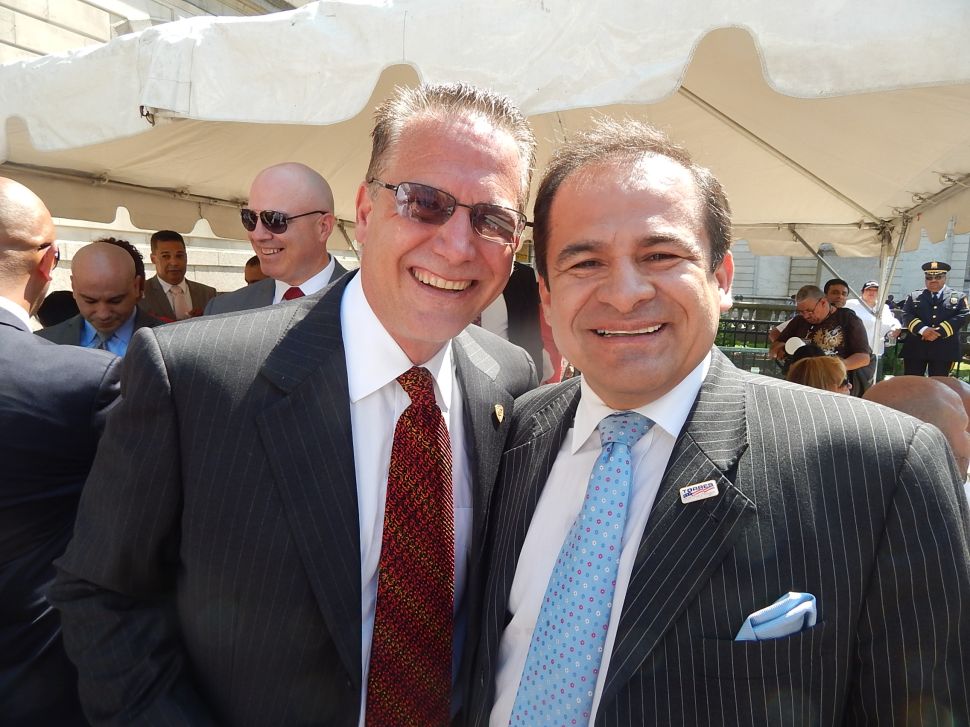