The accident was caused when a piece of construction equipment hit the 12-by-8-foot glass window around 8:30 a.m. Although the glass fell in shards, the pieces were “pretty thick” and “pretty substantial,” according to FDNY battalion chief Tom Meara.

“A third of the window came down about 8:30. Then the rest broke about 8:45,” Mike Galvin, a doorman across the street from the high-rise, told DNA Info. “Big chunks were coming down. They were like a foot long.”

The falling shards injured a worker, and a man and a woman pedestrian. The man refused medical attention, but the woman was taken to St. Luke’s hospital with a minor cut to her head, as was the worker who hurt his leg on the glass.

To prevent any more glass from falling, the FDNY had to break more of the glass sheet and pull it back into the building, which is owned by the LeFrak Organization and home to Nobu 57.

As a result, W. 57th St. was closed to traffic, and pedestrians were only permitted on the side of the street opposite the broken glass. 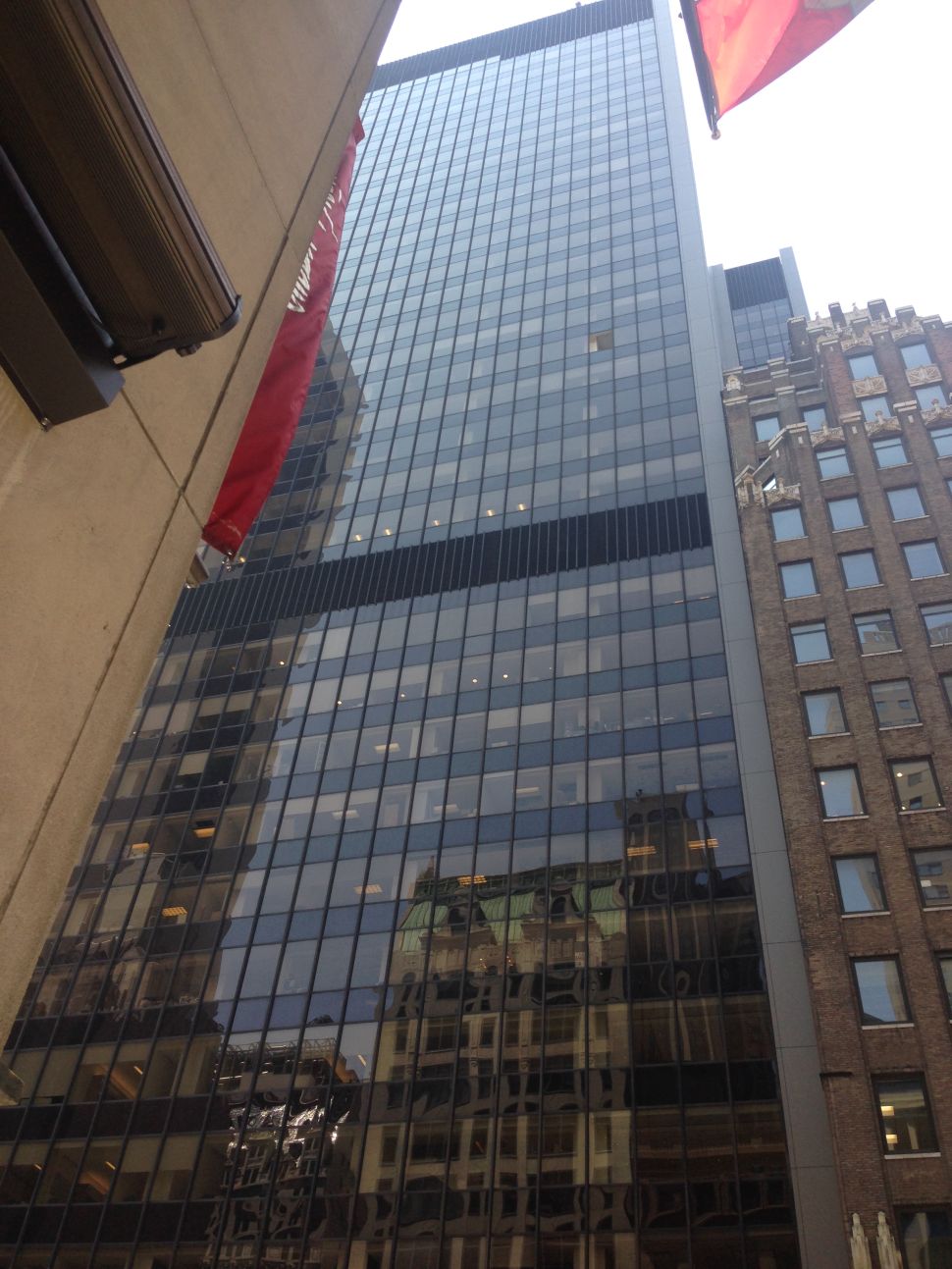