River House, the storied uptown co-op tower overlooking the East River, recently tried and failed to attract a buyer for its $130 million listing. The triplex penthouse of the Pierre on the Upper East Side slashed its $125 million ask down to $95 million—where it has lingered for the last eight months. And Midtown’s rotund CitySpire penthouse hasn’t traded after more than a year on the market at $100 million.

Now, a gargantuan new penthouse is trying its luck at $118 million, making it the most expensive condo on the market, according to brokers and Streeteasy. And its owners are betting that a combination of waterfront location, size and, believe-it-or-not, affordability will help it succeed where others have failed.

The penthouse is a combination of three separate units, owned by two parties, which together weigh in at 12 bedrooms, 15 bathrooms and 15,434 square feet, making it the largest condo on the market in Manhattan. Although, for less than half the price, the 16,027-square-foot Charles Ogden Mansion is available on the Upper East Side’s coveted East 79th Street block, between Fifth and Madison avenues.

But at $7,677 per square foot, the Battery Park apartment is a relative value, compared to penthouses at other new construction condos where prices are topping $9,000 per square foot, according to listing broker Ryan Serhant of Nest Seekers International.

“I think the price per square foot is the key here,” he said. “I felt that given where the market is and where it is going, and the demand I’m seeing for high-end buyers to create their own mega-homes in the city, that the owners would be remiss to not list their units together.”

The property’s primary challenge will be selling potential buyers, aka foreign billionaires, on its location: the top of the Ritz-Carlton at 10 West Street in Battery Park City—a late 1960s neighborhood that isn’t typically associated with $100 million listings.

When asked if such a left-field locale would make the penthouse a hard sell, Mr. Serhant gave a shrugging answer.

“Honestly, I haven’t been focusing on the fact that it is in Battery Park,” Mr. Serhant, who is a star of the reality TV show New York Million Dollar Listing, said, adding “with the exception that, unlike Midtown, Battery Park isn’t flooded with tourists.”

He explained that for many international investors, “Manhattan is actually pretty small.”

“We all think of New York as this huge city, but for the global wealthy and global real estate investors, Manhattan is just a tiny little island,” he said. “So whether you are downtown or uptown, it doesn’t matter because you get to say that you are living in the Ritz in Manhattan.”

But other brokers working in Lower Manhattan were less confident in the penthouse’s ability to draw a super-rich buyer to a neighborhood so far from the gold coast.

“There has never been anything like this before in Battery Park,” said Douglas Elliman’s Jeremiah LoRusso, who began his real estate career selling in the neighborhood. “Traditionally, the neighborhood has been associated with affordability.”

Mr. LoRusso added that it is possible that the unit will attract an extremely private person, who values being out of the spotlight.

Still, Battery Park City’s median sale price is currently only $1.3 million or roughly $1,369 per square foot, according to Streeteasy. And in all of New York City, the most ever paid for a condo is just $88 million for a 15 Central Park West apartment—a record set by Russian magnate Dmitry Rybolovlev’s daughter.

Yet Mr. Serhant is confident that the unit’s panoramic waterfront views are just as valuable as having Central Park outside your window.

And, according to Mr. Serhant, that someone could be from just about anywhere.

“We have had interest from everyone: Manhattanites, people from Long Island, Moscow, Cape Town and Brazil,” he said. “Interest has been pretty world-wide because there is nothing else like this on the market.”

He added that the greatest obstacle facing the apartment is not being located in Battery Park, but finding a sufficiently wealthy buyer.

“The biggest challenge you have with any listing that is this expensive is that there are only a few people in the world capable of purchasing it,” Mr. Serhant said. “We need to find someone who is incredibly wealthy, luckily we are in New York City where the incredibly wealthy all like to have homes.”

But some in the luxury real estate community are questioning whether Mr. Serhant has the resources to properly market such a high-priced, and potentially record-setting, apartment.

“Many wealthy buyers, especially foreign ones, really value privacy and discretion and could be turned off by Ryan’s celebrity,” said a broker who works with the very wealthy, who preferred to remain anonymous.

Ever resolute, Mr. Serhant says that he is confident the property will sell at ask, denying that it is intentionally overpriced as a means to garner publicity in hopes of getting a slightly lower, but nevertheless inflated price.

“I absolutely expect it to sell at the asking prices. I don’t need publicity,” he said. “I get enough publicity from everything else I do.” 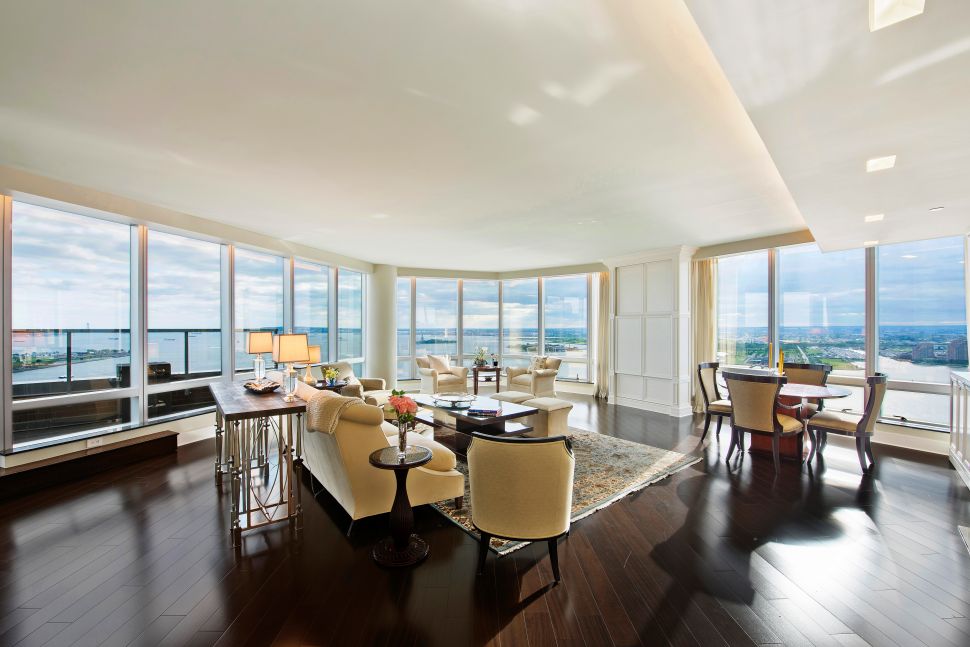