Rep. Jared Polis, the “Gamer Congressman,” has been a big advocate for Bitcoin on Capitol Hill. He’s taken BTC for campaign donation, lampooned his colleagues for speaking out against Bitcoin, and invited fellow congressmen to give Bitcoin a shot. Now, he’s helping bring Washington, D.C. its first Bitcoin Startup Demo Day.

Today, a few major Bitcoin startups like Coinbase, BitPay and BitGO will set up shop in the Rayburn House Office Building to convince Washington regulators to embrace Bitcoin. They’ll be joined by major companies who have successfully integrated Bitcoin into their business models, like Expedia, who started taking payments in Bitcoin earlier this summer and have been more than happy with the results.

“This demo day will allow Members of Congress who may not be as familiar with digital currencies to ask experts in the field questions about their potential, how they work, and the appropriate role for government to play in their development,” Mr. Polis, who is co-hosting the event, told Betabeat.

Bitcoin has fallen out of the headlines lately as prices of BTC have stabilized, leading some to believe that Bitcoin is finally boring enough to be useful. The fact that they get a Demo Day in Washington almost confirms it. 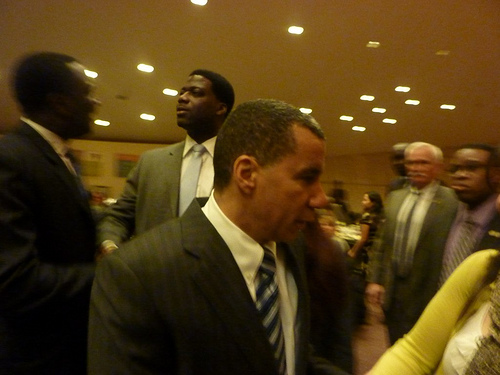