RIDGEWOOD – Roy Cho, the Democratic candidate for Congress in New Jersey’s Fifth Congressional District, announced the endorsements of nearly two dozen local labor unions on Thursday, encompassing a broad array of the building and craft trades and representing thousands of workers and families.

“I am honored to have the support of so many of the working men and women who literally are building our region’s future,” said Cho, 33, of Hackensack, who is seeking to unseat six-term incumbent U.S. Rep. Scott Garrett (R-5), 55, of Wantage. “A vibrant middle class is essential to our economic success and security, but it’s been too often forgotten by a Congress that’s more concerned with putting the corporate special interests over the interests of working families. In Congress, I will always put the voices of our middle-class families first.”

Cho noted his support for increasing the federal minimum wage, extending emergency unemployment insurance for the long-term unemployed, and ensuring American jobs are protected in all free trade agreements. Cho specifically noted that increasing the minimum wage and extending emergency unemployment benefits would provide critical assistance to both families and taxpayers by helping to reduce reliance on government assistance programs, such as Medicaid and food stamps.

The 23 unions endorsing Cho are: 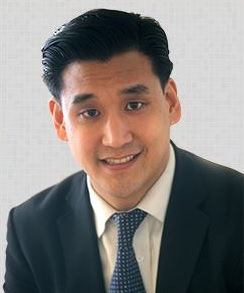