“Bonnie Watson Coleman is exactly the type of leader we need in Congress,” said Hoyer.  “As an Assemblywoman, she has consistently stood and fought for the things she believes in and has always been a strong voice for the middle class.  While we are losing a strong voice with Rush Holt’s retirement, New Jersey’s Twelfth Congressional District will be in excellent hands with Bonnie Watson Coleman as their representative so we intend to work hard towards her election in November.”

“Congressman Hoyer has always been a fierce advocate for the middle class and has long been at the forefront of efforts to provide health care for all children while also leading the charge for fiscal responsibility and job creation across the country,” said Watson Coleman.  “As a member of Leadership, the Congressman has shown time and again what it means to lead not just in name, but in deed.  His work on civil rights in America has defined a long-lasting legacy and will be remembered for generations.  If elected to represent the 12th Congressional District in November it would be a great honor to stand with representatives like Congressman Hoyer and work to strengthen gun laws, protect Social Security and Medicare and fight against the Tea Party wing of the Republican Party that is blocking equal pay for equal work.”

Hoyer shepherded the Americans With Disabilities Act (ADA) to overwhelming support in the House in 1990.  This landmark civil rights legislation has helped millions of disabled Americans enter the workforce, achieve independence and go as far as their talents take them.  In 2008, Hoyer also led the effort to pass the ADA Amendments Act, which allows millions of Americans to benefit from the ADA’s original intent of inclusion.

Watson Coleman is running in the November general election against Republican Alieta Eck, a doctor from Somerset. 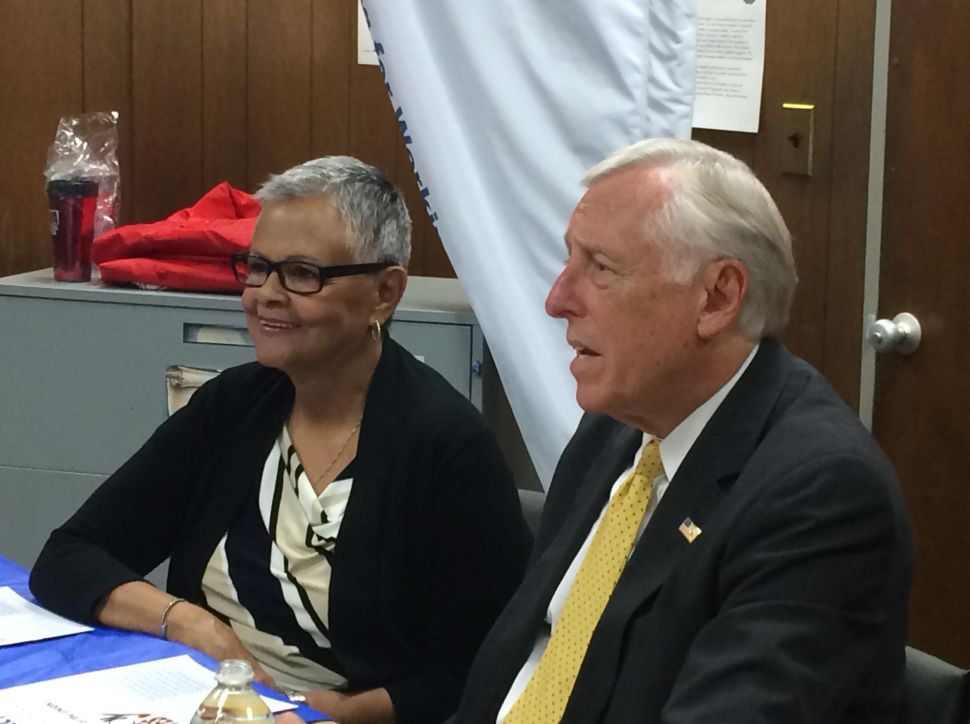