RIDGEWOOD – Roy Cho, the Democratic candidate for Congress in New Jersey’s Fifth Congressional District, has been endorsed by the national and New Jersey chapters of the Sierra Club, one of the oldest and largest grassroots environmental organizations in the United States.

The Sierra Club’s endorsement of Cho, the first time since 2006 that the organization has made an endorsement in New Jersey’s Fifth Congressional District, highlighted their belief that the race is competitive for the first time in several election cycles, according to a press release from Cho’s campaign.

“[Roy’s] commitment to the environment was evident. He showed passion for issues such as clean energy and opposition to fracking – he would support a ban in New Jersey of both fracking and the importation of fracking waste – and in the urgent need for better mass transit,” the group said in The Jersey Sierran, the official publication of the Sierra Club’s 16,000-member New Jersey chapter. “We strongly encourage members to support Roy Cho.”

“I thank the Sierra Club for its support and the mutual commitment we share to improving New Jersey’s quality of life and enjoyment of its natural resources,” said Cho, 33, of Hackensack, who is challenging six-term incumbent U.S. Rep. Scott Garrett (R-5), 55, of Wantage. “In Congress, I will be a strong voice for preserving the open spaces in our region that are becoming increasingly scarce, and protecting the environmental laws that safeguard our health. I will fight to bring back the federal funds we need to improve mass transit and get more cars off our congested highways. Preserving and protecting what we have in Northern New Jersey is important not just for sports people and lovers of the outdoors, but for future generations.” 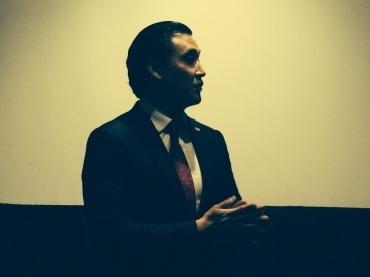