In the wake of last Monday’s controversial New York Times article detailing the allegedly brutal conditions experienced by mentally ill inmates of Rikers Island, corrections officers and the head of the Correctional Officers’ union, Norman Seabrook, have been largely vilified.

One might naturally assume that the former Occupy Protester and prison reform advocate Cecily McMillan–who was released from Rikers on July 2nd following 58 days in jail for elbowing a police officer during the Occupy Wall Street protests in 2012– would support the Times’ claims unconditionally. And so it was no surprise when she responded Wednesday by penning “What I Saw on Rikers Island,” an opinion piece for the Times corroborating some of the paper’s prior claims.

However, she does not address the officers being condemned in last Monday’s article. In fact, when speaking with the Observer last week, she told a story of the relationship between inmates and correction officers (COs), of Rikers Island and the true dynamic of the people behind their respective uniforms.

Ms. McMillan took exception specifically to the way in which the COs are represented as the “bad guys,” an even more unexpected stance given her history with police officers and their contribution to what she calls in her, at times, contradictory Op-ed a “death of the soul.”

When asked how she felt about the Times piece, Ms. McMillan defended the article’s authors, stating that they clearly care about the goings on of Rikers. “I think the Times article is written by two men who actually do give a shit about what goes on in Rikers,” she said. “[But they] write for a publication that has a mainstream audience [with] a mainstream conception of prison, which would like to focus on the issue that is most relatable. That issue is physical violence.”

In the opinion of Ms. McMillan, emphasizing violence over the more pervasive and fundamental issues within the system, as well as pushing the bulk of the blame onto the COs as a group, is not conducive to real reform.

Ms. McMillan told the Observer that the COs were scapegoated to avoid the larger issue–that the system itself is fundamentally flawed and not solely the people who worked within it. “If you want to support a concept of democracy that is largely run by the white and the wealthy, do you want to point to somebody who looks like you as the… base of the problem?” Ms. McMillan said. “Put right next to each other you wouldn’t be able to tell the COs and the inmates apart. Look at the demographics.”

By this account, some of the physical action taken at Rikers is to some extent involuntary. “They’re also just following orders… if you’re not being humiliating enough during a search, a captain will come over and show you how it’s done. They have to follow. It is your job,” Ms. McMillan said. Though “just following orders” has hardly been a valid excuse throughout history, it is difficult to fully comprehend the scope of the issue if one has not experienced it, either as an inmate or CO. “The only people who think there’s any huge difference between COs and inmates are people who have never been to jail before,” Ms. McMillan added.

As verified by a representative of the Correction Officers’ Benevolent Association, COs could be required to work up to 16 hours in a day. In addition to this, as well as financial pressures and the influence of superiors over their actions, the amount of tasks that COs are responsible for at once is overwhelming. Coupled with effectively living in the same conditions as the prisoners themselves, it is very possible that the guards are also affected by the same environmental factors that cause the worsening of mental illness in their inmates. “They live in that prison system. They live in the trauma, they live in the violence,” Ms. McMillan said. “There’s a lot more bad eggs because of the structural situation they’re put under… [and] the labor conditions.”

It takes a minimum of 20 years before Rikers COs can cash in on their full pension, a representative of the Correction Officers’ Benevolent Association confirmed. According to Ms. McMillan, they are under intense pressure by poor to nonexistent alternate job prospects and many have families to support, mortgages to pay, children to put through college, and few other options.

“I encountered COs that were abusive verbally, mentally… [but] I witnessed COs that had more humanity with us than I could have ever had in that situation,” Ms. McMillan confessed.

Ms. McMillan is also a strong supporter of Norman Seabrook, the very person who, according to last Monday’s Times piece, seems the largest impediment to changes in mental health policy at Rikers. “I mean, I agree with Norm Seabrook… one thousand percent. I know him personally,” Ms. McMillan said.

Norman Seabrook, the man who once shouted “this jail belongs to us… it does not belong to the department of mental health,” is an unusual ally for Ms. McMillan.

This is especially true in light of the fact that she herself suffered violence during her time in Rikers in connection to her severe ADHD. According to Ms. McMillan, mental illness is handled abysmally within the jail. “Having an anxiety attack is perceived as an intent to incite a riot.”

Ms. McMillan went on to recount an instance where she did not have access to her ADHD medication. “I looked at [the doctor] in the eye and I said I am gonna lose it… And… I’m gonna get pepper sprayed and I’m gonna get beaten,” she said. “And there’s nothing that I can do about it.”

Notably, Ms. McMillan avoids in-depth discussion of such physical violence in her Op-ed. However the feelings of frustration and helplessness expressed to the Observer by Ms. McMillan perhaps provide some insight into the plight of inmates who descend further into their respective illnesses with no hope of proper medical treatment. Indeed, a former director of Rikers mental health services, who asked to remain anonymous, told the Observer that the stressful conditions of the jail coupled with the intense difficulty to even be admitted to see mental health services, let alone receive proper treatment, doubtlessly exacerbate mental illness. The director went on to say that, in cases of underlying or genetic predisposition to such conditions, the environment may catalyze mental illnesses.

A spokesperson for Correction Commissioner Ponte said that the commissioner has a zero tolerance policy for violence. In regards to much-needed CO policy reform, a statement by a representative of Corrections Commissioner Ponte said that measures are currently being taken to “bring practices and procedures into the 21st century.” These include a re-designing of the Use of Force policy as well as updating officer training to include better de-escalation and self-defense techniques, starting in this fall’s Academy class.

Furthermore, Commissioner Ponte’s spokesperson relayed that the Commissioner allegedly plans to build four new specialized units for mentally ill inmates and six new intensive supervision facilities. But while all these proposed measures may help to contain those inmates who are mentally ill, nothing is said of any treatment of their conditions. These initiatives still fail to address the pervasive issue of neglect.

But with recent articles bursting on the scene, this issue must be acknowledged as more than a supposed battle of “good guys” versus “bad guys.” The neglect that Ms. McMillan speaks of in her Op-ed not only applies to the mentally ill inmates of Rikers but also the officers who fall victim to the media maelstrom. The ramifications of this long overlooked issue is of epidemic proportions in the jail and, though it is a conversation demanding to be had, it is important to understand all of the factors at work in this complex, multivalent situation.

“The violence isn’t the story here. The neglect is.” Ms. McMillan said. “And it is a violence. A violence that is insidious and easier to ignore.” 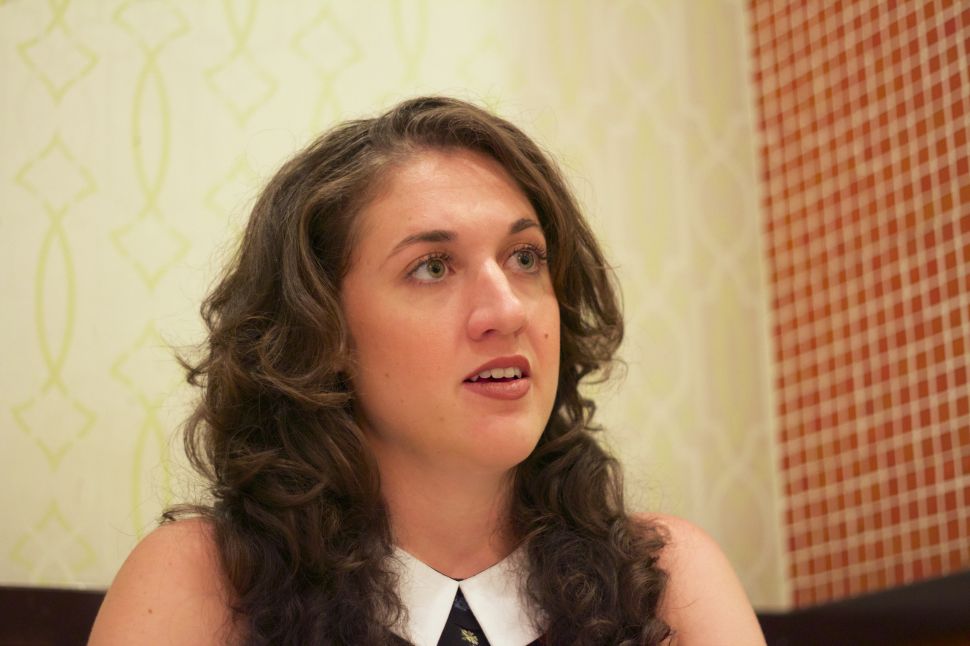