So today is Batman Day, which is something I totally don’t look forward to year round and maybe consider my Christmas (but if I did…). Seventy-five years ago, Batman first appeared in DC Comics’ Detective Comics No. 27. (Batman day fun fact, the DC in DC Comics stands for “Detective Comics,” which is the equivalent of telling someone to “RIP in peace.”)

In honor of the Dark Knight’s 75th anniversary, I wanted to take a look through his history on the screen both big and small. But in doing so I realized something — TV Batman could kick movie Batman’s ass. Yeah, Chritopher Nolan’s trilogy was gritty and realistic and had somewhat plausible situations but that isn’t whats important when it comes to a fully grown man dressing as a bat and fighting crime. I want bad-assery that only existed in Adam West’s 1960’s Batman.

Because that Batman had real problems. Dangerous problems.

Remember in The Dark Knight Rises, when Bruce Wayne flew that atom bomb over the ocean, because thank goodness Gotham is next to an ocean, and the day was saved? Yeah, that’s real easy to do Christian Bale, when you have a plane.

Finally, above all, Christopher Nolan’s Batman was just kind of a bummer. We get it, we get it, you’re parents were shot in front of you you in an alleyway when you were ten years old. Boo hoo. Everyone knows. You don’t have to be that gravelly voiced friend that no one invites to parties because you’ll probably drink to much and break a table. TV Batman had the same problems as you, but TV Batman kicked ass AND still found some time to enjoy himself.

Happy 75th, Batman. And movie Batman, don’t be upset. At least you were always played by talented, worthy actors. Wait. 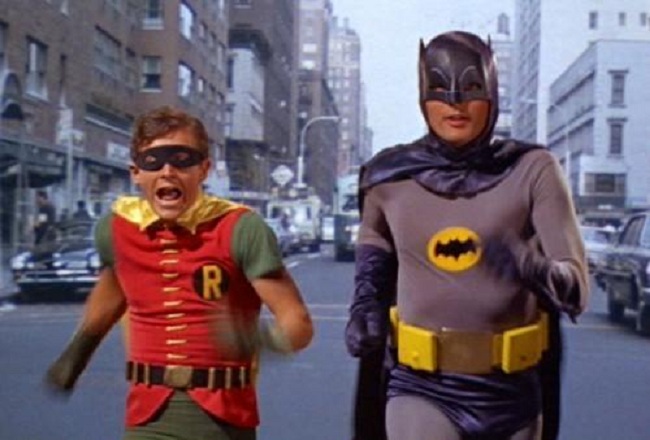