A bevy of Brooklyn power players took to the steps of Brooklyn Borough Hall to announce their support for Latrice Walker–an aide to Congresswoman Yvette Clarke–in her bid to take the vacant seat that belonged to ex-Assemblyman William Boyland Jr.

Mr. Boyland was convicted earlier this year on bribery charges and was forced to resign the Brownsville-based seat.

“This is a bittersweet moment for me,” said the congresswoman, for whom Ms. Walker has long worked as counsel and community liaison. “Latrice has been a diligent and dedicated staff member in my office for seven years. She has a leadership capacity that will serve this district well.”

One after the other, each pol harped on the candidate’s experience and knowledge of the legislative process, arguing Ms. Walker would need no crutches in Albany.

Ms. Cumbo also praised Ms. Walker’s record in the impoverished district, and warned that strange and secretive powers were conspiring to control the seat.

“I urge you not to allow outside forces to determine how this election will go,” the councilwoman said. Ms. Cumbo declined to specify what those outside forces were, or who they were backing, though her fellow left-leaning colleagues–Councilmen Ritchie Torres, Carlos Menchaca and Antonio Reynoso, none of whom represent the area included in the district–are supporting housing activist Lori Boozer.

Ms. Boozer has received the endorsement of the Working Families Party, along with several unions. But Ms. Walker vowed that, with the support she received today, she would triumph.

“With their support, I am filled with the enthusiasm and drive to take this campaign forward to September!” Ms. Walker said.

Ms. Walker is also linked to Mr. Boyland, having announced her unsuccessful 2010 bid for Brownsville district leader at a joint rally with the then-assemblyman. Ms. Walker–who lost the race to Ms. Mealy–has since disavowed any ties to Mr. Boyland and claimed to have not spoken to the soon-to-be imprisoned pol in years. 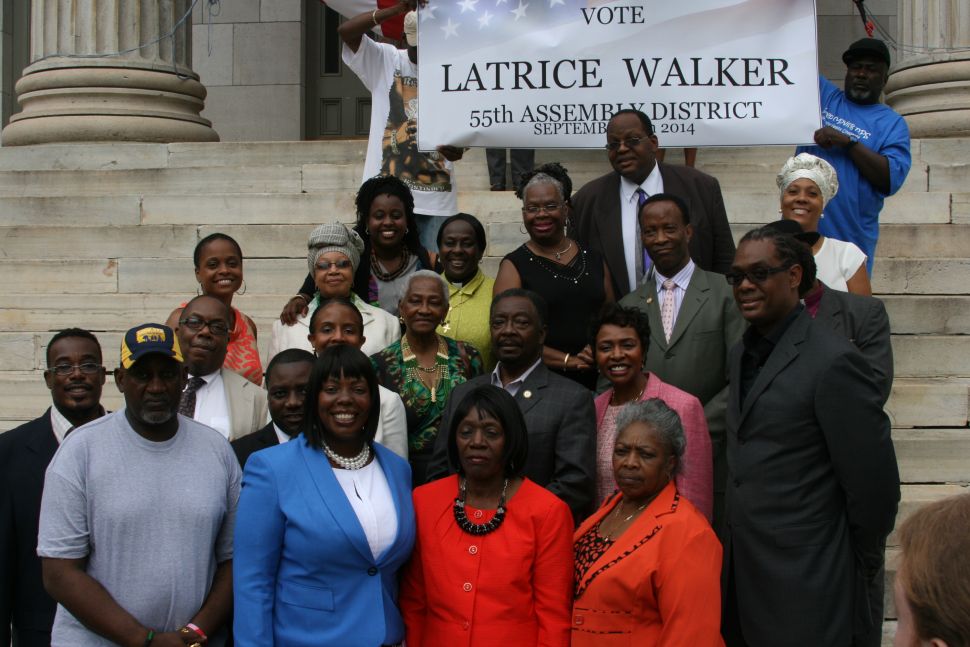