Almost all of the work here is battered, decaying, melting down, sprouting fungi, broken, deadpan, or obscure—and also thrilling and alluring. It looks like is shooting from a metal pipe adorning Win McCarthy’s long, low cardboard sculpture, but it’s glass. Bananas are going very bad, affixed to a Plexi box—empty but for incense—that Carlos Reyes has hung from the ceiling, the remnant of some ritual act. That little red-and-white-winged dart stuck in the wall is by Brock Enright, its tip supposedly poisoned, though we will just have to trust him on that one. The show, organized by Werble’s manager, Jody Graf, teems with uncanny energy. It wonders how much we really know about objects and their psychological power when they are open to flows—and become stores—of time, information and energy, as in Ben Morgan-Cleveland’s slice of burlap on the floor, which was imprinted with dirt and dust by trucks cruising over it while it sat on cobblestones. (Or forget objects: it’s just words in the case of Andy Meerow’s deliciously wry and discomfiting stacked diptych, each tan slab of vinyl printed with one word, “MILK” and “DEBT.”) Gems of videos from the mid-1970s by artist Pooh Kaye (in which she figures naked, in mud and on a table) and a huge 1980 painting by Jon Imber (a nude man with a clownish face, sleeping in a bed alongside a proper, reading woman) lend an eerie psychological foundation to what is a very lucid, specific picture of some of today’s most intriguing vanguard practices. 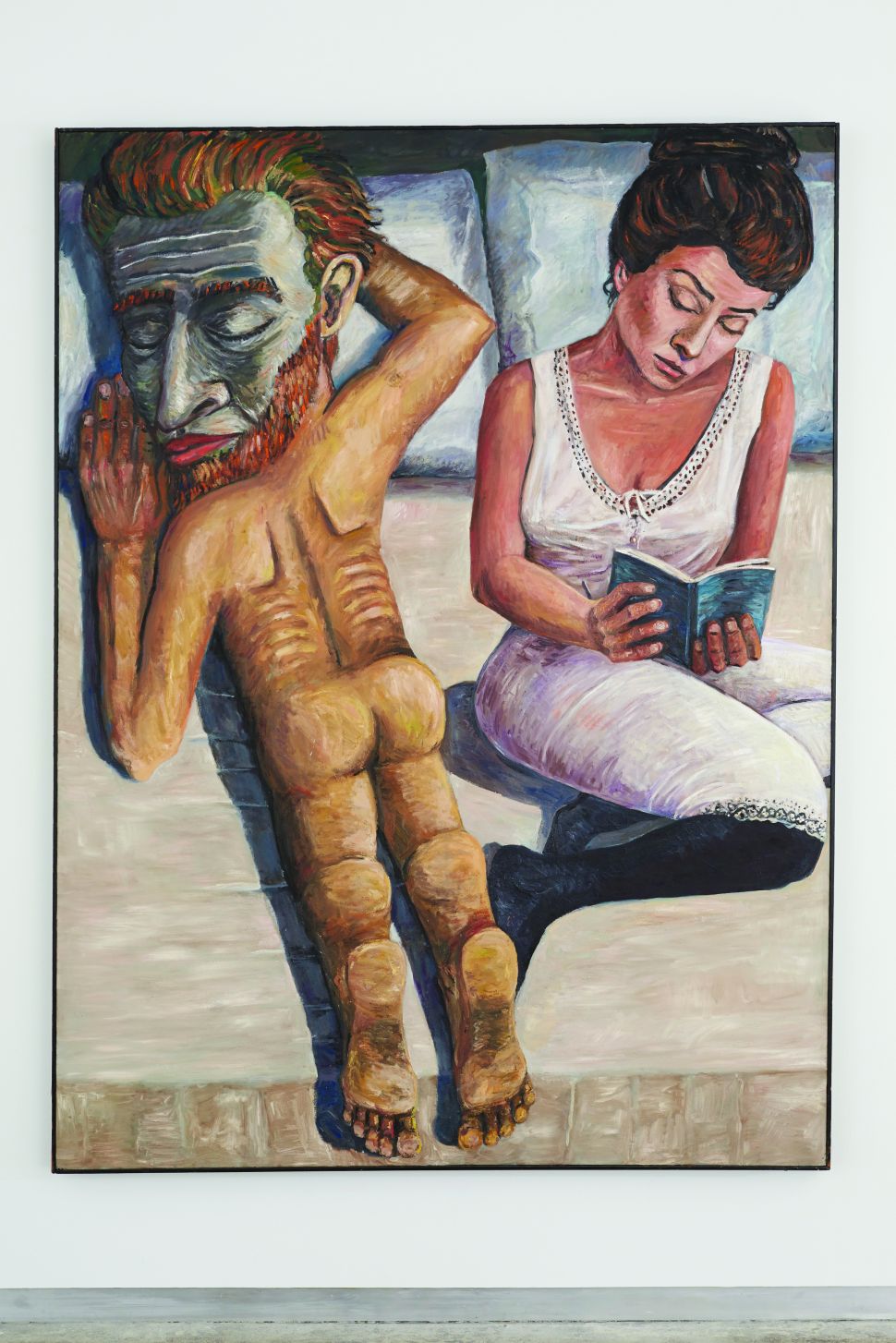